New Generation of Candidates Make Their Presence Felt in The Imperial 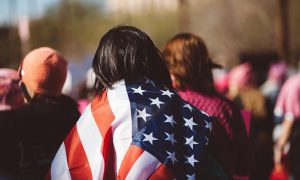 It is a different kind of election in Imperial Valley as many candidates want to put their ideas before the community.

It’s a campaign of technology, virtual interviews, and at times, dirty politics. In a year that has been dominated by the pandemic, the Imperial Valley is seeing an incredible amount of participation of people that had the courage to put themselves in the public.

You see a lot of new faces running for office, especially millennials and Generation Z candidates running to make things different and break the status quo that has not solved many issues that have been affecting the valley for decades. The pandemic forced candidates to be innovative and approach the citizens online.

Candidates have been able to produce high-quality videos to speak about their ideas. This is something innovative in the election of the Imperial Valley as it brings creativity to win more votes.

There is also a record number of women running for office. That is something unique as the Imperial Valley lacks women representation.

Community forums and debates are still taking place via Zoom thanks to community organizations that have organized these forums. The El Centro and Imperial Chambers of Commerce have organized city council debates were the public can have full access to them from their homes.

Imperial Valley Social Justice Committee and the Imperial Valley College Students for Political Awareness and Action have organized a series of virtual forums candidates to participate.

While the pandemic is still going, it seems that the political process has been reinvigorated.

But not everything has been calm. The Imperial Irrigation District races in El Centro and Calexico have added some controversy to their races. Candidate Ryan Childers uploaded a video questioning JB Hamby’s ties to El Centro which is the district they contend for. Earlier this month, there was another video of Hamby that was produced in 2011 doing a comedy survey at Walmart that many of Childers supporters labeled as rude and inappropriate. Hamby answered that the video was altered to make him look bad and it was dirty politics by his opponent. He added that this race was about water rights and the Salton Sea.

In Calexico, there is a page dedicated to attacking IID candidate Javier Gonzalez who is running against Erik Ortega exposing a personnel problem he had many years ago when he worked in the city of Calexico. Gonzalez said he was cleared of all charges and that the attacks are just hated by his opponent.