The competitiveness of the economy in Baja California may be based on an Economic Zone in order to continue being one of the main investment destinations in Mexico.

“The state of Baja California should continue with an agenda of economic reforms and public policies that promote the economic growth of the state, reaffirming the competitiveness of the economy, following the trade agreement, in order to become one of the best investment destinations in the world in the near future,” said Dr. Alejandro Díaz Bautista, an international economist, as well as a research professor at the Northern Border College (Colef).

According to the data analysis, new foreign direct investment (FDI) to Baja California had a reduction of 54.5% annually in 2020 compared to that captured during 2019, according to official data from the National Registry of Foreign Investment (RNIE) of the Secretary of Economy.

The economic policy analysis indicates that the regions that have managed to attract foreign direct investment (FDI) have a competitive economy based on reliable institutions, low levels of corruption, and a right to private property well protected by law.

The economic analysis shows us that the excessive rules and operation of customs and labor market regulations, as well as the procedures and legal requirements to start new businesses, are barriers that discourage foreign and national investment and the creation of formal jobs and limit the development of new sectors and activities.

In Mexico, the precedent is Port Developments, Free Zones, and Border Stripes. While the strategic economic zones that currently operating in the world are based on the dynamic concept of promoting activities that create jobs and promote regional economic development. 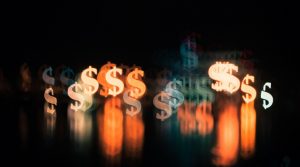 The economic analysis indicates that the Strategic Economic Zone of Baja California is key to promoting economic growth in the state. The application of a Strategic Economic Zone in Baja California would have positive impacts on employment, GDP, and tax collection through tariff reduction, technological innovation with the promotion of business clusters or groups, and tax incentives.

The comparative advantages that Baja California has for investment are a strategic geographic position, direct and duty-free access to the United States market, and a young, prepared, and highly qualified workforce, as well as the economic stability that has been preserved in the state.

Competitive conditions, in terms of manufacturing costs, place Baja California in an unbeatable position to generate jobs at this time. The Strategic Economic Zones represent a model of success in various parts of the world such as China.

Until today, in the places where the Strategic Economic Zones have been installed, local commerce has been promoted, and the attraction of investments, which automatically becomes more and better jobs, a greater economic income, and therefore a better standard of living.