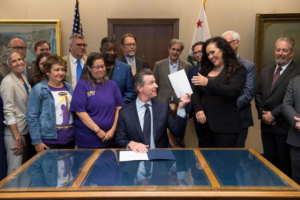 A new California law that will change how independent contractors will work is causing a debate that will most likely end in the higher courts.

As of January 1, Assembly Bill 5 became law that will require companies that hire independent contractors to reclassify them as employees, with a few exceptions. These workers will be entitled to a minimum wage, expense reimbursements, employee benefits, rest breaks, and the other benefits afforded to employees under California state law.

The law was created by Democrat Assemblywoman Lorena Gonzalez from San Diego is facing several challenges in court.

One of them is the journalism industry. This new law will limit journalists in their freelance and work only up to 35 assignments per news outlet each year. A publication must hire freelancers as employees if they want someone to work more than that.

The American Society of Journalists and Authors and the National Press Photographers Association filed a lawsuit arguing this law unconstitutionally affects freelance journalists by limiting the amount of work they can produce for any single publisher.

According to the Los Angeles Times, this lawsuit comes less than a day after New York-based Vox Media ended contracts with hundreds of freelancers in California who write for the sports blog network SB Nation. Vox Media now plans on hiring 20 full-time and part-time staffers.

Companies like Uber and Lyft called this law unconstitutional and will support a ballot measure to overturn this law.