The genetic information that all the cells of an organism have, it’s the same, same genes, same DNA, then why the cells of different organs are so different from each other having ones that have square shape for example like the skin and have a function of protection, while others such the liver cells have the function of metabolizing substances, and others like the nerve cells have the function of sending electrochemical impulses, and also others like the intestinal cells that have the function of absorbing nutrients and we could continue mentioning some others, it is the substances known as transcription factors that make the difference between producing a cell that transforms into a certain type, or that which produces certain proteins, such as those that can be found as part of the antibodies or muscle cells, or the fibers of the cytoplasm or the extracellular matrix.

We know that there are different cell lines by which the fate of each cell of the organism is known, however, there are cell lines that can be reprogrammed from one type to another type. 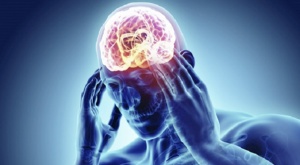 For many years, perhaps decades, the great panacea was to find neural stem cells, that is to say, stem cells that could, at any given moment, become neurons under normal or extraordinary conditions. This work is carried out by the cells of the glia, particularly the so-called astrocytes that are responsible for providing energy, nourishment and oxygen to neurons which are cells particularly in need of energy, since the brain of the human being consumes 20 percent of the energy reserves, despite being a relatively small organ when compared to other organs such as the liver or the skin itself.

Recently there have been experiences through which mesenchymal stem cells through the production of microvesicles or microvesicles that alter and direct the natural evolution of a neurological problem such as cerebral infarction or embolism can help to restore function and in some cases, they achieve the growth of new neuronal tissue and alter the Constitution of astrocytes.

It has also been seen in crops that certain factors can influence the cells of the crop to become precursors of different types of cells, these factors are known as conditioned factors.

There is still much to be done in this type of studies and we have seen the experiences with patients with favorable results, improving the quality of life of the patient and improving the neurological functions that have been lost with a catastrophic event, which is a stroke or embolism, cerebral entities that are known as cerebrovascular events.

There will always be more research studies to verify the results of these therapies, but currently very promising results are being achieved in clinical trials and patient care, improving survival and improving the conditions associated with the sequelae left by these patients, with cerebrovascular events, where conventional medicine is used and where unconventional therapies such as stem cells and hyperbaric oxygen therapy are used.