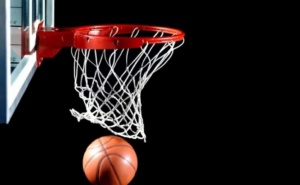 After the CoronaVirus case of a Utah Jazz player was officially confirmed, the NBA has decided to suspend the games and activities of this season until further notice. The Covid-19 has already wreaked havoc on other sports leagues such as Italy’s Serie A soccer, and the premier league in England.

The most important international basketball league becomes the first professional sports association to close rankings for its next meetings in the United States. It is expected that after the statement they issued via twitter, in the next few days the commissioners will explain the conditions and measures that will be carried out.

It should be noted the test result, which was Covid-19 positive, was reported shortly before the game between Oklahoma City and Utah Jazz, so tonight’s games will be the last to be available for fans until determined by public health and sports authorities during the remaining of 2020.

The future of the national basketball team is still unknown, who were preparing to represent the United States at Tokyo 2020 Olympic Games, since the International Olympic Committee has resisted assessing the situation, and has made a decision before facing this issue that is escalating globally and has already been classified as a “pandemic” by the WHO.