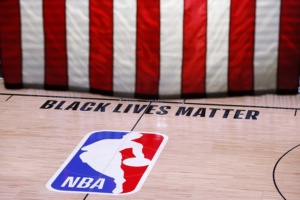 The NBA and National Basketball Players Association released a joint statement Friday announcing that the NBA playoffs will resume Saturday and that the league and its players will work together on several initiatives to promote voting access, combat social injustice and racial inequality, and advocate for police reform.

The suspension came after Jacob S. Blake, a 29-year-old African American ma was shot and wounded by police on August 23, 2020. He was hit by four of seven shots fired at his back during an arrest by police officer Rusten Sheskey. The incident occurred in Kenosha, Wisconsin, as officers were attempting to arrest Blake. During the encounter, Blake was tasered and scuffled with officers. He was shot as he opened the driver’s door to his SUV and leaned in. Three of Blake’s sons were in the backseat.

Multiple professional sports teams went on strike in protest, refusing to play their scheduled games. In the NBA Bubble, the Milwaukee Bucks boycotted their August 26 first-round playoff game against the Orlando Magic in protest of the shooting. The team decided not to come out of their locker room minutes before the scheduled start of the game. Later that day, the NBA and the National Basketball Players Association announced that in light of the Bucks’ decision to refuse to play, all NBA games for the day were postponed.

Among the agreements to come back is to have every NBA city where the league’s franchise owns and controls its arena property, team owners will work with local officials to turn those arenas into voting locations for the 2020 general election, giving constituents a way to vote in person during the coronavirus pandemic.