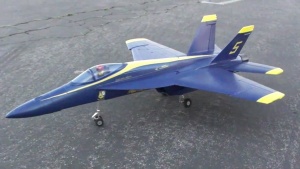 The mishap occurred when the F/A-18 Hornet’s main landing gear did not extend on approach to the airfield following a training flight.

The pilot landed the aircraft with no injury to himself or ground personnel, and at no time were any other personnel or spectators in danger.

The cause of the mishap is under investigation.

The Blue Angels are conducting winter training at NAF El Centro through mid-March in preparation for the upcoming air show season.

The team is scheduled to conduct 61 flight demonstrations at 32 locations across the country in 2019 to showcase the pride and professionalism of the U.S. Navy and Marine Corps to the American public. The Blue Angels report to the Chief of Naval Air Training, headquartered at Naval Air Station Corpus Christi.