The decree promulgating the protocol that replaces the North American Free Trade Agreement (NAFTA) with the Treaty between the United States of America, the United Mexican States, and Canada (USMCA), has been published.

The new trade agreement will have positive impacts for the economies of North America in the following years,” said Dr. Alejandro Díaz-Bautista, an economist, as well as a research professor at the Northern Border College (El Colef).

For it is wanted to replace the 1994 North American Free Trade Agreement (NAFTA) with a new 21st-century high standard agreement to support mutually beneficial trade leading to freer and fairer markets, and growth strong economic growth in the North America region in 2020. 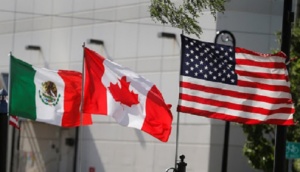 The desire is to expand regional trade and production, further encouraging the production and supply of goods and materials in the region.

It also wants to improve and promote the competitiveness of regional exports and companies in global markets, and the conditions of fair competition in the region.

Small and medium-sized enterprises, including micro-enterprises, are recognized as contributing significantly to economic growth, employment, community development, youth participation, and innovation, and seeks to support their growth and development by improving their ability to participate and benefit from the opportunities created by this new trade agreement.

Clear, transparent, and predictable business and legal frameworks are established for business planning that supports further expansion of trade and investment in Mexico, the United States, and Canada during 2020 and beyond.

Trade between the parties is facilitated by promoting efficient and transparent customs processes that reduce costs and ensure predictability for importers and exporters, and the expansion of cooperation on trade facilitation between the three countries is encouraged.

Finally, transparency, good governance, and the rule of law are sought, and corruption in trade and investment is eliminated in the three countries of North America.