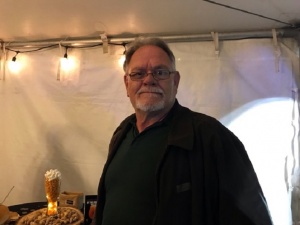 The Calexico City Council appointed Morris Reisen as the fifth council member for the city and will begin his two-year term on Feb. 20.

Morris Reisen is a well-known figure in Calexico known too many as “Mr. Downtown Calexico” for his advocacy and passion for the downtown business area. Morris has also served in community services organizations such as Elks Lodge and Club De Los Amigos Senior Club.

Reisen had previously run for city council three times and is looking forward to working with the city council and bring unity to the city.

On November 6, 2018, Mayor Pro Term Jesus Eduardo Escobar was elected to represent District 1 as County Supervisor. Escobar tendered his resignation letter to the City Clerk effective January 3, 2019. As a result, his seat on the City Council has been vacated.

The vacancy was announced and advertised to the public starting on January 14, 2019. Applications were due on Tuesday, January 22, 2019. The city received fifteen applications, of which thirteen were deemed eligible through the County voter registration records.

The committee carefully reviewed the eligible applications and made the above recommendations based on the qualifications represented in the applications. Reisen was voted by unanimous vote.

Because Mayor Pro Tem Escobar was in the second half of his current term, his appointed successor will hold office for the remainder of the term (until November 2020).