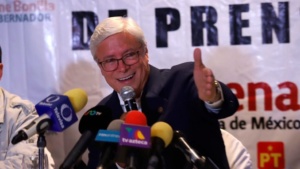 After 30 years being the ruling party in Baja California, the PAN was defeated by MORENA taking all the municipalities and the Governorship.

Since the election of Mexican President Andres Manuel Lopez Obrador last year, his political party has won many key races in Mexico. His biggest test came June 2nd in Baja California, which is the biggest stronghold for the PAN party and its most symbolic one.

The Morena party won the governorship with candidate Jaime Bonilla at the helm. It took 30 years for someone to defeat the PAN party in Baja California, is that the state was the first one the party won back when there was one party ruling in Mexico.

The Baja California Congress will have a majority of the MORENA party as they won the 17 districts that were up for grabs on election day.