More than 5000 members of education are demanding payment 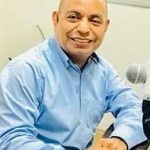 The multitudinous manifestation of retired teachers and pensioners of education was recorded last Wednesday, November 31 in the interior and outside the State Government of Baja California building, demanding payroll payments for the month of October.

More than 5 thousand members of education belonging to the SNTE and CETE met in that place to demand payments to the more than 7500 retired people and pensioners, who for the first time and as an unusual case, payment was not given to this vulnerable group. 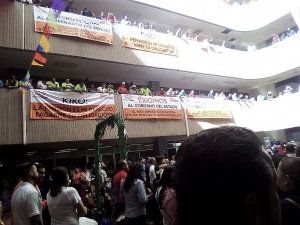 Even facing the threat from the State Educational System to deduct the teachers who attended the march, active teachers showed their support with canvases, banners and cardboards covering the interior of the central offices, asking and demanding the Government of Francisco Kiko Vega de la Madrid, governor of the state, to comply with their responsibility to pay this group of teachers, who for more than 30 years have provided their services to this noble work.

The General Secretary of section 37 of the SNTE, Mtra. María Luisa Gutiérrez Santoyo, who summoned all the union members, to a strike, and to appear at the offices of the Executive of Baja California to demand payment for the October payroll  for pensioners and retired teachers, said that the head of the executive has the obligation to pay the workers and the lack of resources is the responsibility of the State Government and the Institute.

Parents also joined the march and made known their disagreement with the fact that retired workers and pensioners have not received payment, a right that belongs to them and they have earned it.

If they do not pay attention to their demand for payment, they will take different measures to get justice done, said the leaders who head the movement.