Businesses in North America cut tens of millions of jobs so far in 2020, showing a never-before-seen collapse with the coronavirus outbreak that closed offices, factories, schools, movie theaters, beaches, parks, construction sites, and stores that boost the economy of Mexico, the United States and Canada.

Unfortunately, the magnitude of job losses is something that cannot be contained, and the total loss of jobs, and potentially the unemployment rate in Mexico, the United States and Canada, exceeds the statistics of the Great Depression of the last century.

“The health and economic crisis of the Coronavirus (Covid-19) has left more than 36 million people unemployed in the United States, Mexico, and Canada, so a plan to reactivate the economy in North America is needed as soon as possible, following the sanitary protocols”, pointed out doctor Alejandro Díaz-Bautista, economist, as well as a research professor at The Northern Border College (El Colef). 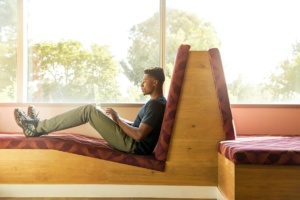 Approximately 33.5 million people have applied for unemployment aid in the seven weeks since the coronavirus began forcing millions of companies to close their doors and reduce their workforce in the United States. It is the equivalent of one in five Americans who had been employed in February 2020, when the unemployment rate had reached a 50-year low of just 3.5%.

Americans try to balance their financial and health needs as the most essential workers test positive for COVID-19.

Finally, it is estimated that the unemployment rate in Mexico will rise to 10% in the second quarter when the country suffers the full effects of the health and economic crisis of Coronavirus (COVID-19).