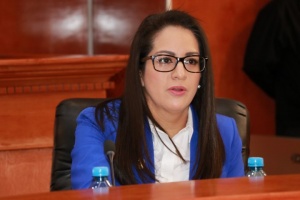 At the request by Assemblemembers Iraís Vázquez Aguiar, Carlos Torres Torres and Mónica “La Chula” Hernández Álvarez’s from the PAN parliamentary group, the plenary session of the local congress approved a point of agreement in order to urge the state government to build more pedestrian bridges in the city of Tijuana.

The proposal was read in the state assemble by Assemblemember Iraís María Vázquez Aguiar, during the recent ordinary session of the XXII Legislature, which was conducted by Assemblymember Raúl Castañeda Pomposo, in his capacity as president of the State Assembly Board. 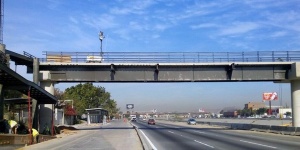 The purpose is to urgently meet the needs of Tijuana residents, in the sense of traveling safely through the roads of the city, said the Assemblymember representative of the XII local district.

“We must take care of our citizens, the children, the young students who walk to their schools, the factories employees and the tourists who appreciate our recreational spaces,” said Iraís Vázquez.

She added that it is a priority to continue the actions that the City Council has undertaken on road safety, the consolidation of the political agenda of urban mobility, “and so that more pedestrian bridges can be built in our city.”

In this area, the Assemblymember urged the state authorities manage the necessary resources to follow up on this problem and also value and consider the different options or legal figures provided by the regulations, such as the granting of concessions, in order to consolidate urban mobility and accessibility policies that protect and give security to people.

The Assemblymember president of the Committee on Finance and Budget, said that Tijuana has a heavy traffic, so the incidence of road accidents in the state is high, and in turn, worrisome.

The initialist said that: ” According to INEGI figures, in 2016 alone 6271 land transport accidents were reported in the urban and suburban areas of Tijuana, with 1392 injured and 31 fatalities. This causality between accidents, especially road accidents and adequate urban infrastructure, leads us to request road safety policy be a priority, because this is a positive factor for the dynamics of our city,” she concluded.