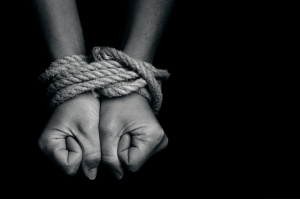 However, even in these modern times there is a phenomenon that undermines this fundamental right of mankind: human trafficking. Human trafficking is known as modern slavery even though it goes against the law and threatens the freedom and dignity of mankind; it is a sad reality the world is facing today.

Human trafficking is a serious problem that the border of Baja California and California faces. At the borders of Mexico and the United States, human trafficking has increased greatly, in consequence, both governments have implemented new laws, policies and action plans to finish this crime.

San Diego is among the first cities in the United States with problems of human trafficking and a large number of victims come from Mexico. For that reason, the governments of California and Baja California have held meetings in order to implement joint actions to prevent and address this crime.

Therefore, in the United States due to the high rate of human trafficking, in the late 90s, Congress enacted the Trafficking Victim Protection Act (TVPA), the first comprehensive legislation of its kind, which protects and assists the victims and pursues the offenders who commit the crime.

The TVPA is a law with high and harsh minimum penalties for offenders, which also counts with programs of assistance and protection for the victims and prevention and awareness programs in a national and international level. The law provides strong possibilities of prosecution with high conviction penalties for those who are involved in this crime, and the possibility of prosecuting Americans that commit the crime abroad. This law opens a pattern to attack human trafficking nationally and internationally.

Meanwhile, Mexico counts with a General Law to combat, prevent and eliminate crimes relating to human trafficking and protect and assist victims of these crimes, as well as Baja California has the Law to combat, prevent and punish human trafficking within its territory. These laws were enacted in 2014 and 2010, they are a legal progress to attack the crime in Mexico. These laws are assimilated to the American law; however execution plans are still pending of actions.

According to the TVPA countries are divided into several tiers depending on the work of implementation and enforcement of the Act. Group 1 are the countries whose governments fully comply with the minimum standards of the Act (TVPA); the United States is in this group. Group 2 are the countries whose governments do not fully comply with the TVPA’s minimum standards but are making significant efforts to bring themselves into compliance with the Act standards, Mexico is in this group.

The chances of prosecution and conviction on human trafficking is higher in the US than in Mexico because the US government has more time working to attack this crime and the US laws are older and have longer time enforcing and implementing them.