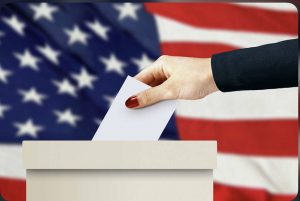 Two very concerning mistakes by the Imperial County Elections Department in less than two weeks could possibly affect the outcome of the several primary races on June 7.

Imperial County has historically been a place for low voter turnout and recent corrections by the election department mere days before election day might tamper with voter confidence. While corrective measures have been taken, this has affected the candidacies and some ballot measures.

The head of the Register of Voters, Lindsay Dale, has received criticisms for these mistakes and there is already talk that the position should have changed.

Community activist Eric Reyes said that the Elections Director should be an elected position so it is accountable to the people. He said this was the second time it happens in Brawley an area that has a lot of economic disadvantages.

“They will blame the vendors or something else but the buck stops with the register of voters that is responsible for this,” Reyes said in a Facebook video posted on May 27. He added that they have done a lot of outreach inviting people to vote but situations like these discourage people to participate and reduced their trust in the electoral process.

The Imperial County Registrar of Voters (ROV) identified an error in the Voter Guide for voters within the El Centro Elementary School District jurisdiction.

Within the guide, the impartial analysis listed for Measure Y incorrectly states, “The District’s estimates that the total amount repayable during the life of the bond, including principal and interest, will be approximately $771,049,638.”

The correct and accurate statement should read, “The District estimates that the total amount repayable during the life of the bond, including principal and interest, will be approximately $71,049,638.”

Another error was made in the ballots for part of a precinct located in the city of Brawley.  It has been determined that the error affected ballots within a precinct for the Imperial County District 5 Supervisor race.

The County became aware after receiving notification from a Brawley resident, that the ballot did not have the District 5 Supervisor race listed.  After further investigation, the ROV office identified that a portion of precinct #511130 located on the east side of Brawley was incorrectly assigned to the wrong precinct. To correct the error, the incorrect ballots have been suspended and the registered voters within the identified area received a new and accurate one.

A similar situation happened in 2020 in the race between Isabel Solis and Yulil Alonzo-Garza for the Imperial County Board of Trustees position that represented the Brawley area.