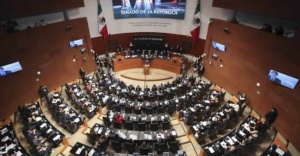 The new revenue law of 2020 was passed last October by the Mexican Congress and the Senate of the Republic. This new legal provision will enter into force next year in January, amid collective uncertainty, and an atmosphere of controversy between large companies and business chambers, particularly COPARMEX (Employers’ Confederation of the Mexican Republic).

About this subject, Mr. David Arroyo Cortés, an expert lawyer in fiscal matters, comments that this new set of regulations must be read and treated carefully, since it leaves many things on the air, which has caused a series of speculations about the possible situations and scenarios that could occur as a result of this reform.

“It was a reform that was needed to be able to control fraud taking place in the country; however, it is necessary to review and question how the processes are going to be carried out, to determine when a possible act of tax evasion or fraud has actually happened, and which precautionary measures will be applied”.

Regarding the expressions of rejection by the business sector, Arroyo points out that it is normal for them to feel worried, but that if it is properly applied without falling into interest or retaliation, it can become a very big boost for the economy in the country.

“It is necessary for large corporations to pay their contributions fully if we want to be able to strengthen Mexico’s economy; however, many issues must be addressed in relation to the freezing of accounts and confiscation of assets. Especially to avoid falling into games or conflicts of interest, which are intended to harm someone in particular.”

The Lawyer from San Luis Rio Colorado, said that in the case of the border region, although some foreign companies, especially Americans, could be violated by establishing the mechanisms of attacking whoever makes false invoices, and not those who acquire them, will be decisive, in order for investments to continue flowing and maintaining their rhythm, like the one that has been maintained since the beginning of NAFTA, now T-MEC.

“The regulatory mechanism to issue invoices and the strengthening of legal support by SAT will be of utmost importance. Merchants have the right to request a letter from SAT to verify the validity of their supplier’s invoices. In particular, throughout the border region where the stimulus to the so-called “free zone” has allowed the region’s economy to remain strong, and keep a constant flow of foreign investment, especially now right before the approval of the new T-MEC”.