Breaking News
Home / BUSINESS / Mexico must enter into wage negotiations with the US and Canada: Díaz-Bautista

Mexico must enter into wage negotiations with the US and Canada: Díaz-Bautista

The specialist noted that Canada and the United States agreed that the wage issue should be part of the NAFTA negotiations but that Mexico has “shied away” from this issue.

Tijuana, BC- In the framework of the renegotiations of the North American Free Trade Agreement (NAFTA), Mexico must raise its salaries by at least 25% to raise the purchasing power and living standards of the Mexican population, as well, said Dr. Alejandro Díaz-Bautista, researcher at the Department of Economic Studies of El Colegio de la Frontera Norte (El Colef), in the Seminar “Economic Balance of NAFTA 2018” held this Friday in El Colef. 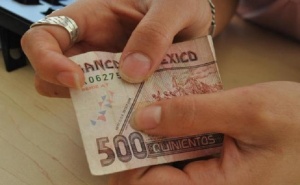 He explained that the increase in the minimum wage of 2017 in Mexico was the largest of the century, around 10.5% but that, even so, this increase fell short since it must have been perhaps 25%. He said that wages are the hardest prices to adjust in the economy, since when there is an increase in prices, wages don’t increase at the same speed, which results in a very large loss of purchasing power.

He added that Mexican leaders most likely do not want to negotiate due to the difference in the wage rate with the United States and Canada, however, he stressed that the union leaders of these countries agree that labor standards are looser and the low wages in Mexico have increased their corporate profits.

“At the border, for instance, when you cross from Mexico to the United States, there is a minimum wage differential that presents an increase of 14 to 16 times more,” he said.

On the other hand, Dr. María de Jesús Torres Góngora of the Technological Institute of Tijuana, stressed that the wage differential between the three countries responds to the maquiladora model that has been implemented in the northern border of the country and that has been extended to national territory.

“In a globalized world where you compete for employment, you’re force to keep wages rates low. You cannot promise a salary increase because you immediately leave the international market and the companies will be produced where there are lower salaries, “stressed the professor.

The balance of the NAFTA  Permanent Seminar of Economics 2018, gathered expert academics in order to be able to combine papers presented and publish a book about the most important economic issues of NAFTA.

The event was broadcast on the internet and can be consulted at the following link: https://www.youtube.com/watch?v=ZEHety534d0