Breaking News
Home / POLITICS / Mexican, your vote could make a difference in the upcoming elections

Mexican, your vote could make a difference in the upcoming elections 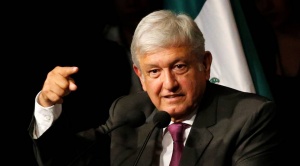 – For the first time, more than 181 thousand Mexicans will be able to vote abroad

According to the INE, the largest number of requests for elector credentials delivered in recent months was from the United States, where 152,337 nationals were registered; in second place are those who reside in Canada with 6 thousand 976; followed by those located in Spain with 3 thousand 641 and in Germany with 3 thousand 153.

Voting is the cornerstone of a democracy, but unfortunately, on the day of elections, less than 50% of the voters vote.

This first of July there’s a lot at stake. The electoral authorities mark it as the largest election that has been experienced in Mexico, for a vote of more than 3,400 positions at local and federal level.

On July 1, 2018, all Mexicans vote to elect the next President who will be in office in the 2018-2024 period, the most important position at stake. For this election, there are less than 2 weeks left and according to the polls, the candidate Andrés Manuel López Obrador is the leading candidate with the best chance of winning this year’s presidential elections, maintaining an advantage of 30 points.

The possible victory of López Obrador for the presidency this coming July 1 seems inevitable. Circumstances favor him in such a way that he has all right-wing politicians and multiple businessmen quite nervous because they see Obrador as a socialist candidate whose dusty ideas and stubbornness could put Mexico in serious trouble amid a difficult international political atmosphere.

The survey of the public opinion office Parametría places him with 54% of the effective preference and other recent measurements, such as that of Consulta Mitofsky, suggests that his coalition, Together We Will Make History, would also take Congress. The rethinking of Mexico and its political map, some media state, is very comparable with the rise of Margaret Thatcher or Ronald Reagan in their countries, or the arrival of Carlos Salinas de Gortari to the presidency of Mexico; they realigned political alliances and established national priorities, with an equally changing international environment.

The pragmatic, contradictory and tenacious politician, who for the third time seeks the presidency, if he is victorious, will reveal if he is the president of change or the leader that many Mexicans fear, said the New York Times.

The most recent survey released on Thursday, prepared by Parametría, shows that in the effective preference -which does not count “none”, “does not know” and “does not answer” – López Obrador has a 30-point advantage when he has 54% of preferences, while its closest competitor, Ricardo Anaya, registers 24%.

The majority favor the Morena candidate, Andrés Manuel López Obrador, who is followed by the front-runner Ricardo Anaya. José Antonio Meade, the candidate of the PRI party, is in third place in these polls, only over the independent Jaime Rodríguez Calderón, El Bronco.

Voting is the cornerstone of democracy but sadly very few people vote. There are those who are so angry with the terrible performance of recent governments, who believe that by avoiding voting they will punish the heads of the parties and somehow correct their bad ruling. However, not participating only worsens the scenario because by avoiding participation, the selection is left to drift who will occupy the important positions in government and decision making that affect all of us.

The independent sector depends as much as any other on good government and fair and open elections. Democracy is something we cannot take for granted. It needs our help. Nonprofits are more likely to thrive in an environment in which the government enjoys greater esteem and is more likely to engage and trust in democracy.

Voting is important both for the health of the political system in any democratic country and for the people who participate in it.

Those who vote have a strong impact on public policy and government.

Its constituents have political concerns, either about the direction of a problem or priorities of public budgets, which will not be heard if they do not vote.

Voting also brings benefits to those who participate. The people who vote are associated with a series of positive civic, social and health factors. They are more concerned about their communities and peers and have a greater sense of their ability to impact the world around them.

Voting is everyone’s responsibility. Do not let the results of elections this July 1 surprise you. Be part of the election and define who will be elected. Each vote counts and yours can make a difference.