Mexican Magazine Fined by Federal Government for Critical of Them 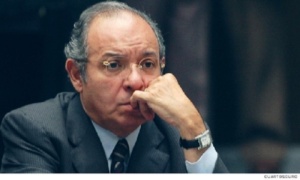 There is concern among members of the media in Mexico that the federal government is starting to censor the press that is critical of them.

The Nexos magazine says the government has taken a unilateral decision to impose the sanction despite the fact that the 2018 contract was signed back then.  Everything was in order, said publisher Héctor Aguilar Camín.

The Ministry of Public Function (Secretaría de la Función Pública, in Spanish), linked to the Federal Executive Power, ordered on August 20 the dependencies and entities of the Federal Public Administration as well as the states, to refrain from “receiving proposals or entering into any contracts on the matters of acquisitions, leases, services, public works and services related to them “directly or through a third party” with the company Nexos Sociedad, Ciencia y Literatura, SA de C.V., for a period of two years. A fine of about one million pesos (roughly equivalent to $45,000 USD), was also imposed.

The magazine has not received advertisement from the federal government since 2018.

The Inter American Press Association (IAPA) expressed concern about the sanction of the Mexican government against the magazine Nexos, which prevents agencies, entities and public companies at the federal and state level from entering into contracts with that publishing company. The hemispheric organization requested transparency on the official resolution.

Nexos, critical of the López Obrador government, was founded in 1978 and its director is the journalist, novelist, and historian Héctor Aguilar Camín.

The president of the IAPA, Christopher Barnes and the president of the Committee on Freedom of the Press and Information, Roberto Rock, expressed that “it is striking that the measure was taken two years later with a magazine critical of the president, which opens a compass of suspicion as to whether it is an indirect retaliation.”

Barnes, director of The Gleaner Company (Media) Limited, Kingston, Jamaica, and Rock, director of the portal La Silla Rota, Mexico City, expressed concern saying “we are facing an act of intimidation or prior censorship, a terrible precedent for the freedom of the press in the country.”