Mexicali Downtown: The Regeneration of the Historic Heritage 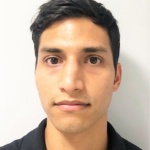 The downtown area or Historic Center of Mexicali that has been neglected for several decades seems to have had a resurgence in 2019, within its ashes scattered around the Cathedral of Our Lady of Guadalupe (founded just over 100 years ago), which was renovated in 2013, next to the frame that surrounds it. In the same way, the Chinese neighborhood also remained in precarious conditions.

During this 2019, largely due to demands and actions from people in the community, who through nonprofit organizations such as “Me for my Downtown” have been looking for ways to revive and rekindle the splendor that the Historic Center of Mexicali used to have, especially during the first decades after its foundation.

Personalities such as Charles Chaplin, celebrity in the international world of film, or the Immortal Pedro Infante, an icon of Mexican film, visited the city in the 1930s when Mexicali was recognized for its casinos and bookmakers, as well as its renowned beer, considered at that moment, as one of the best in the world.

Many of these vestiges are found in the Hotel del Norte, one of the few buildings that have survived time, maintaining its façade of the past, as one of the most representative hotels. However, many of the buildings that share their historical legacy have not suffered the same fate.

Although they have not been demolished, as in the case of Monte Albán condominiums in 2014, many of them have been damaged by time, they remain in very bad conditions; some keep old, rusty, emaciated, and abandoned signs. The only use they have had is to serve as a refuge for homeless people.

On the other hand, some, such as the Padilla Building or Cinema Lux, have received restorations on their facades and interiors so they can be used as commercial office space. Some others are now on the lookout to be restored, as it is the case with Cinema Curto, which was recently acquired by Susi De Moreno; a local businessman.

Cinema Curto was an exhibition theater form film works that had its height until 1970. This place was a witness of historical facts in Baja California, such as the constitutional declaration of Baja California as the 32 states of the Mexican Republic, which was issued by the then governor, Colonel Estaban Cantú.

This is how, step by step, in this 2019, Mexicali Downtown was taking on new airs, which indicated a new version, a regeneration of the zone, which for generations had remained in the memory of many, and the oblivion of others. And those who walked daily through the area were noticing that more and more night clubs (many of them not “well-accepted”) were closed, while more formal businesses were born.

Initiatives such as “Mural City” by the Tomato Collective together with Me for my Downtown, established an agreement with the municipal authorities to invite the community to participate in this day of art and culture, where local and foreign artists contributed by creating paintings that described people, symbols and historical facts of Mexicali.

The cotton, endemic cultivation of this land, dragons about the Chinese community of the city; the Baja California-Sonora Railroad, among others, were reflected in the buildings and old warehouses that surround the first square of the city. Providing a completely different environment and perspective, by the corridor of López Mateos Blvd. 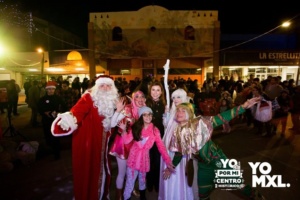 For her part, the municipal president, Marina del Pilar Ávila, since her election campaign, highlighted the restoration of the Historic Center, as one of her priorities. A few weeks after having protested in the cathedral square, she established an agenda for the area with cultural events, through the Municipal Institute of Art and Culture of Mexicali (IMACUM).

These events had been held since November and have had a positive response from the community, both adults and seniors, who shared the excitement of reviving the spirit of the Historic Center, as well as young people who seek to enhance the cultural identity of the Cachanillas.

This is how, the private initiative has also responded, by betting on new businesses, such as restaurants and shops around the area, as well as the recovery of spaces, through cleaning days. Highlighting, as an example, the total restoration that is being carried out in the Plaza Hotel, an old accommodation that is being upgraded, both in its facade, as in its interiors, and which is located in front of the Niños Héroes Park.

Similarly, La Casa de la Cultura is resuming its prominence as a promoter of Mexicali’s identity. The old school Cuautéhmoc is carrying out new presentations inside its theater as well as in its side yard. It is in this place where, on December 3, the mayor of the city, in the company of the Governor of the State, Jaime Bonilla Valdez, presented the Master Plan for the Mexicali Historic Center Regeneration.

The Plan consists of the restructuring of two essential points: Plaza Corazón and Small Canton. Heart Square, located between the three avenues that surround the Cathedral, which will be a meeting point, where, in addition to exhibiting outdoor shows, there’s a plan to install diverse business tours, such as cafes, restaurants, gift shops, and florists, among others.

In addition to reinstalling benches, green areas, Wi-Fi connection centers, environmentally friendly lighting, and a relocation of parking spaces. In the same way, Cinema Curto will have an exhibition space for merchandise and hand-crafted products from local producers, as well as a space for craft beer, and an outdoor terrace.

On the other hand, the Chinese District will have a new name and a new facade. Little Canton will consist of a series of architectural modifications, which will seek to give a significant place to Chinese culture in Mexicali. Including pagodas, new signs, new lighting, murals, and signage for the tunnels and corridors that keep the treasures of the Cantonese legacy, for the enjoyment of the audience.

This is how this area of ​​the city, long forgotten and stigmatized as a place full of crime, vices, and doom; returns to a sense of identity and heritage, where bars and places of bad living are being displaced by places that seek to be part of this important zone, providing a benefit to the community.

The response and contribution of tenants have been extremely positive and invaluable to see actions taking place, and consolidate the plans that are contemplated, so that by 2020, the Historic Center will once again recover the place and the importance it deserves, as the capital of all Baja Californians.