Memorial Day is a day of reflection 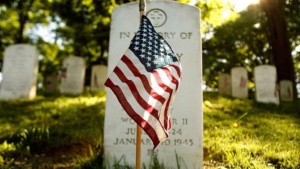 “These fallen heroes represent the character of a nation who has a long history of patriotism and honor – and a nation who has fought many battles to keep our country free from threats of terror.”

Memorial Day is a day to remember the fallen that made the ultimate sacrifice serving this county. It’s a day when families remember that father, son, brother that served in the military but didn’t return home. The day is a national holiday but a somber one as visits to the cemetery pay tribute to their lives and legacy.

Their sacrifice kept this country free from evil and oppression.

This Memorial Day was celebrated in the Imperial Valley. In Calexico, Calexico Police Chief Gonzalo Gerardo gave some remarks at the Calexico cemetery as the event is a tradition made the American Legion group.

Other events took place at Memory Gardens cemetery as well as in Holtville. There was an event in El Centro on Main Street as well to remember the fallen.