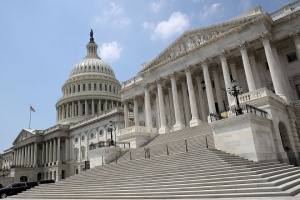 Washington D.C.- The National Partnership for New Americans (NPNA) along with a coalition of immigrant rights organizations, Representatives Lofgren and Gutierrez, and a growing list of congressional members and mayors, are launching a campaign to Tear Down the Second Wall of 729,400 citizenship applications before U.S. Citizenship and Immigration Services (USCIS). This shocking doubling of the backlogs has occurred over the past two years. At the current rate, it would take USCIS over 25 years to get back down to the Obama administration’s backlog level of 380,639 applications in 2015, not including new applications. The backlog prevents eligible lawful permanent residents from accessing the right to citizenship, as envisioned by the nation’s founders, created by the Constitution, and codified by federal law.

In response, NPNA and our coalition is filing a Freedom of Information Act request to increase the transparency and accountability of USCIS; applying Congressional and Mayoral inquiry and scrutiny over the agency; encouraging eligible lawful permanent residents to apply for citizenship; and analyzing and reporting USCIS data on the processing, scrutiny, and wait times related to citizenship applications.

The National Partnership for New Americans (NPNA) is a national multiethnic, multiracial partnership. They represent the collective power and resources of the country’s 37 largest regional immigrant and refugee rights organizations in 31 states. Their members provide large-scale services—from DACA renewal application processing to voter registration to health care enrollment—for their communities, and they combine service delivery with sophisticated organizing tactics to advance local and state policy. They exist to leverage their collective power and expertise for a national strategy. They believe America’s success is rooted in the ongoing commitment to welcoming and integrating newcomers into the fabric of the nation, and to upholding equality and opportunity as fundamental American values.