Martha Garcia Selected as Superintendent of College of the Desert 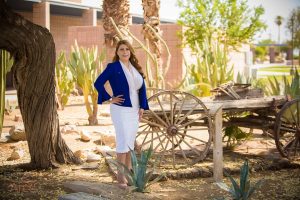 The College of the Desert in Coachella Valley has selected Dr. Martha Garcia as the new President/Superintendent at a special meeting on July 15.

The announcement came after College of the Desert did a nationwide search for a new Superintendent and Garcia was one of the three finalists to lead the community college.

“Dear Imperial County community and IVC campus community. I am extremely grateful for the remarkable support I received as a CEO and as an employee of this amazing community college,” Garcia stated in a Facebook statement. “I am transitioning to a new opportunity where I will humbly serve as the Superintendent/President for College of the Desert in the Coachella Valley. I reassure you that Imperial Valley College continues to be committed to being a partner with all of you as it takes a collective effort to contribute to the enhancement of this community.”

Moreover, Dr. Garcia has developed a multitude of categorically funded programs that focused on serving underrepresented students. Through her successful grant writing competence, she has secured over 20 million dollars to support the creation of innovative programs and services. She has been employed at Imperial Valley College since 1999 and has held several positions under Student Services and Academic Services.

She was honored as one of the 56th California Assembly District’s “2018 Woman of the Year,” and received the Outstanding President/Chancellor Award from California Community College Council for Staff Development in March 2020.