We are living hot moments but at the same time chaotic ones because of the presidential succession and some other positions of popular election that will be determined next Sunday, July 1; unfortunately, self-serving people in these times of political upheaval take advantage of everything, without excluding the “sheep” mortuary to cause psychosociological crisis in the Mexican people.

Approximately shortly before 22:00 hours of the eve, a few days ago, people interested in causing political chaos, released the fake news that former president, Luis Echeverría had died.

It is not the first time that journalists at this time, not only have to look for the news, but predominantly, have to confirm what is disseminated in social media. 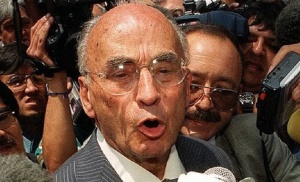 It is very sad, for those things that occur in society to which this modern means of communication serves, launching false rumors which harm not only these inventions of human ingenuity but their credibility.

It was not the subject of this “Commentary On Time”, we had to change it at last minute, so that it is clear that professional journalists, before publishing any news, especially important news, must verify their truthfulness.

It is no longer about gaining news, but neither about winning lies; for that reason, before sending this text, we located our friend, Colonel Jorge Nuño, Mr. Luis’ assistant for years, to know about the fake news.

Our friend Jorge Nuño denied it and he explained to us, that a few days ago, Don Luis Echeverría, of course controversial figure, like all in history, turned 96 years old.