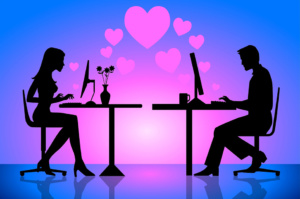 Mexicali, B.C.- The era of industry 4.0 and globalization in which we live, not only accelerates innovation processes but also affects other aspects, such as the construction of interpersonal relationships in today’s society.

Increasingly, it is common for generations such as senior millennials and Junior millennials, that is, people between the ages of 20 and 35, to choose to meet others and even initiate social relationships through online platforms or mobile applications.

According to Dr. Josman Espinosa, a full-time professor at the School of Psychology at CETYS University, Campus Mexicali, interpersonal relationships are the biggest puzzle in the world.

While it is normal for a millennial to have thousands of friends on social media, generations like the “X” until the babyboomers do not see it with the same familiarity even though blind dates organized by mutual friends were born before the technological era, so Espinosa explained that this relationships scenario is not for everyone.

In that sense, the professor mentioned that human relationships that initiate as it used to be “face to face” are not any different from those that occur online, since only the way a relationship starts is different and it can only work if both parties put their best version of themselves, as it happens with those that are offline” he explained.

Also, the expert stated that the dating site puts in perspective what’s desired, “when we build a profile on social networks, you make a character, we fall into the psychological fantasy and create our ideal version which is the best of ourselves. It is then where there is a meeting point in those who decide to use the apps.”

There is still a stereotype associated with those who seek to expand their social circle or a new emotional bond through the Internet, the professor invited the public to remember that “we live in a globalized world, we must not be scared and we must use it in a positive way.”

Some examples of success stories of couples who have met online are mostly among young adults around their 30’s, this because there is already an individual identity formed and certain age traits.