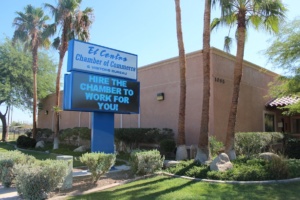 The idea of forming a Regional Chamber of Commerce in the Imperial Valley has been discussed for nearly ten years. However, the concept has been explored in more depth by a committee of Imperial Valley chamber board members such as Bari Smith from the Westmorland Chamber, Kathleen Lang and Lee Hindman from Brawley Chamber, AJ Gaddis and Mark Gran from the Imperial Chamber, Julie Velasco from Holtville, Anne Irigoyen and Victor Nava representing the El Centro Chamber.

The committee has looked at regional chamber success models such as the Greater Coachella Valley Chamber of Commerce as well as the conducted analyses of several Imperial Valley chambers to explore where the opportunities are to create a stronger chamber of commerce for members.

“The concept of merging is only in the beginning stages but we are excited about the growth, resources, and advocacy a regional chamber would bring to the business community in the Imperial Valley,” said Bari Smith, committee chair.

During the Feb. 11 meeting, the chambers of Westmorland, Brawley, Imperial, El Centro, and Calexico committed to moving forward in discussing the opportunity of the Regional Chamber. Each respective chamber will appoint up to two representatives that will form a Regional Chamber Committee. The Committee will work together to create a (non-contractual) Imperial Valley Chamber of Commerce business model. Upon the finalization of the business model, all Imperial Valley chambers of commerce will be invited to review in the model and merge.

“Our collective goal is to act in the best interest of our members. Chamber members are the heart of the chamber and their input, interest and ultimately the support of regionalization is the critical step to the concept of a regional chamber moving forward. We are hopeful that a regional chamber would bring greater resources and increased efficiencies to members. Even with the business community’s support, the process for chambers to merge would not happen overnight and would likely be early 2021,” Smith said.

The business community is invited to an informational meeting about the regional chamber of commerce on Tuesday, February 18 at Frank Wright Middle School, 885 North Imperial Avenue, Imperial, California at 7 p.m.