Juneteenth Celebration Brings a Sense of Unity in The United States 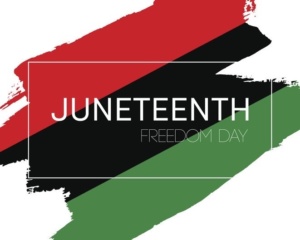 Juneteenth also is known as Freedom Day, Jubilee Day, Liberation Day, and Emancipation Day is a holiday celebrating the emancipation of those who had been enslaved in the United States. Originating in Texas, it is now celebrated annually on the 19th of June throughout the United States, with varying official recognition. Specifically, it commemorates Union army general Gordon Granger announcing federal orders in Galveston, Texas, on June 19, 1865, proclaiming that all slaves in Texas were free.

President Abraham Lincoln’s Emancipation Proclamation had officially outlawed slavery in Texas and the other states in rebellion against the Union, almost two and a half years earlier. Texas being the most remote of the slave states had a low presence of Union troops after the American Civil War had ended, thus enforcement there had been slow and inconsistent before Granger’s announcement.

Although Juneteenth is commonly thought of as celebrating the end of slavery in the United States, it was still legal and practiced in two Union border states (Delaware and Kentucky) until December 6, 1865, when ratification of the Thirteenth Amendment to the Constitution abolished non-penal slavery nationwide.

Juneteenth celebrations often include lectures and exhibitions on African-American culture. The modern holiday places much emphasis on teaching about African-American heritage. Karen M. Thomas wrote that “community leaders have latched on to [Juneteenth] to help instill a sense of heritage and pride in black youth.”

Celebrations are commonly accompanied by voter registration efforts, the performing of plays, and retelling stories. The holiday is also a celebration of soul food and other food with African-American influences.