We cannot confirm it yet but it seems there is a shift in favor of attacked journalists, for now, in terms of protection for assaulted colleagues and the recognition and payment of compensation by the Mexican government for crimes committed in previous regimes.

I reproduce the statement from the colleagues from Tula, Hidalgo, which is self-explanatory: “Santiago Nieto Castillo, Head of the office of the Hidalgo State Attorney General’s Office, PGJEH, met this Sunday with journalists with whom he held a round table to talk about the aggressions received practicing journalism.

Santiago Nieto was accompanied by Jaime Hidalgo González, Assistant Legal, and Human Rights Attorney; Julia Granados Hernández, Assistant Attorney for the Western Region, and Linda Dalia Zamudio García, head of the Office of the Prosecutor for Crimes against Human Rights Defenders and Journalists.

The journalists who attended the meeting were our colleagues, José Alejandro Torres Castañeda, director of “Retrovisor” news show and president of the Tula-Tepeji Regional Association of Communication Professionals, AREPROC, and Rosalía Maldonado Franco, a news correspondent for El Sol de Hidalgo in the Tula region, who were attacked on November 9, while reporting a blockade of the Arco Norte highway by former Congressman Julio César Ángeles Mendoza and his henchmen.

This is the statement: “The head of the PGJEH reiterated the institution’s commitment to integrating the investigative folders that have been started on recent events as well as those that have not yet been determined, to prosecute and bring those responsible to justice.

In addition, it was agreed to build specific actions to make investigations of attacks on journalists more efficient.

In the other matter of inconceivable cruelty from the immediate past, we are informed that the Inter-American Commission on Human Rights, IACHR, approved the publication of the friendly settlement agreement in the case related to journalist José Alfredo Jiménez Mota and his family, from Mexico, which happened during the period governed by the PAN party, when Vicente Fox Quesada was Mexico’s President when the forced disappearances of journalists began,

The case is related to the responsibility of the Mexican State for the lack of investigation and punishment of those responsible for the forced disappearance of journalist José Alfredo Jiménez Mota in 2005, in the city of Hermosillo, state of Sonora, presumably done by state agents. 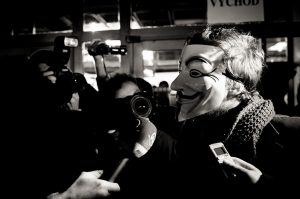 On December 8, 2021, the parties signed a friendly settlement agreement, ASA, through which the State acknowledged its responsibility for the violation of the rights recognized in articles 3 (right to recognition of legal personality), 4 (right to life), 5 (right to personal integrity), 7 (right to personal liberty), 8 (rights to judicial guarantees), 13 (right to freedom of thought and expression) and 25 (right to judicial protection) of the American Convention on Human Rights about article 1.1. of the same instrument, and articles I and III of the Inter-American Convention on the Disappearance of Persons, to the detriment of the next of kin of José Alfredo Jiménez Mota, due to the lack of diligence in the investigation into his forced disappearance.

The State undertook to implement measures of satisfaction, rehabilitation, non-repetition, and compensation consisting of:

Organizing a public act of acknowledgment of responsibility and its dissemination, providing adequate and free medical and psychological care to the family of Jiménez Mota; labor reinsertion of Leticia Jiménez Mota; paving and renaming a street in the municipality where the Jiménez Mota family lives in the memory of the journalist.

Organize training courses for public servants who, due to their functions, may have direct interaction with cases related to the prevention, investigation, and punishment of crimes against journalists and/or freedom of expression; grant financial compensation and; prepare and implement a search plan to find the whereabouts of Alfredo Jiménez Mota.

In a Friendly Settlement Report 171/22, the IACHR assesses full compliance with the measure related to economic compensation and considers the other commitments included in the agreement pending, therefore, it will continue to monitor the case until full implementation is verified.

Surprising decisions in both cases about the struggles, in which the organized union headed by the Federation of Associations of Mexican Journalists, FAPERMEX, and the National College of Journalism Graduates, CONALIPE, has been the leader and original precursor.