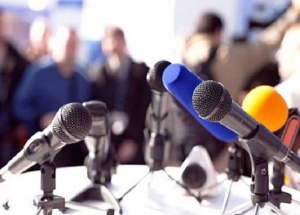 Much is known of the high risk that runs in this profession, since through journalism important events or acts relevant to society are reported, such acts are corruption, impunity, fraud, lies, and many other acts that by letting the public know about it, a politician, business person or someone in an important position in society could severely damage their public image.

Although journalism should be exercised with professionalism and responsibility, many who brag of being influential figures in the media, “true journalists”, misuse their influence and resort to threats or lies to gain significant profits out of those who, fearing a smear campaign, which could seriously damage their public image, accept all kinds of extortion.

It is well known in the political corridors, party headquarters (red sectional, liberal committees, even in tents of different political parties), and the existence not of “journalists” but of “extortionists.” This issue is very sensitive, dangerous and worrisome. Because the adjective leaves the reputation of prestigious social communicators in tatters, who actually practice journalism with professionalism and responsibility, those “extortionist journalists” create a terrible  image which damages the entire journalistic society and which makes them look bad before society, from them also the term “Fake News” which has damaged the image of the profession worldwide.

It can’t be denied that social communication is a fundamental and essential tool when it comes to building public opinion. Well-conducted communication allows opening bridges of dialogues between different social actors and with this, of course, it contributes directly to the strengthening of democracy.

The wave of extortionists who pretend to be journalists comes from these characters who discover that communication exerts a great influence on society, because, through a message that manages to persuade entire masses on a certain issue, people are manipulated for these extortionists’ benefit.

The term Fourth Estate derives from the traditional European concept of the three kingdom states: the clergy, the nobility, and the commoners. The fourth equivalent term is rare in English, but is used in many European languages, in Spanish it is known as “The Fourth Power” which allows creating a balance between society and government, whose responsibility is incalculable and from which, unfortunately, many people who initiated in the media, lack an adequate professional training or lack a good moral character, ignoring or underestimating proper ethics.

The basic principles of journalism listed below provide an excellent basis for anyone aspiring to enter the field of public information demonstrating responsibility in the way they report.

There are hundreds of codes of conduct, letters, and statements from the media and groups of professionals that contain principles, values, and obligations of a journalist in the field. Most of them focus on five common topics:

Truth and Accuracy. You have to get the exact facts, try to be as accurate as possible, give the relevant facts that have been collected and ensure that they have been verified.

Independence. To be a real journalist you must be independent, you must not act, formally or informally, on behalf of names of specific interests, whether political, business or otherwise. Any conflict of interest deriving from any political, financial or other affiliation must be clarified before the public or audience.

Equal and impartial. All the stories have two versions. Although there is no obligation to present all points of view in each journalistic piece, the stories must be balanced and presented with context.

Objectivity is not always possible, and may not always be desirable (to narrate, for example, acts of extreme brutality or cruelty), but impartial reporting generates credibility and trust.

Human. Journalists should not harm anyone. What we publish may hurt someone, but we must be aware of the impact of our words and images on the lives of others and have sincere empathy.

Responsibility. A sure sign of professionalism and responsible journalism is the ability to assume our responsibility. When we make mistakes, we must correct them and our apologies must be sincere, not fake.

It is a good idea to listen to the interests and concerns of our audience. We cannot change what the public writes or comments, but we can rectify if we have said something incorrectly or if we have been unfair.

It is important to have these points very clear as they are the foundation that supports true journalism. Today, many people with interests outside the noble principles of true journalism, call themselves “communication professionals”, without really being so, but the serious thing is when these individuals act with bad intent and bad faith and try to profit through a position that should be very well respected and equally valued by all.

True journalism is exercised responsibly, it does not seek individualistic interests or extort in exchange for money. You have to know how to differentiate well between a journalist and an extortionist and always try as much as possible to raise the noble profession high, especially when realizing the importance of our task in informing and being responsible for not only giving voice to the voiceless, but for  making of the society in which we live a balanced and a better place for all.