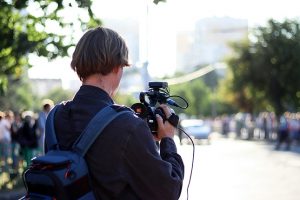 Fulfilling the commitment of the Government of Baja California, headed by Marina del Pilar Avila Olmeda, to promote protection mechanisms for journalists and human rights defenders in the State, the General Secretariat of the Government (SGG) summons these social groups to present proposals that strengthen institutional action.

The head of the SGG, Catalino Zavala Márquez, expressed that it is of vital importance for the administration of Marina del Pilar Avila Olmeda to create a scheme to promote the active participation of journalists and human rights defenders since they know more in-depth the daily life of their work.

In the same sense, he announced that journalists interested in participating may do so remotely by sending their proposals to the Undersecretary for Human Rights, via email dhbc@baja.gob.mx, and WhatsApp numbers 686 152 8421. In addition, Proposals for the text may be sent in writing.

Zavala Márquez pointed out that an additional option is to attend in person the discussion tables that the SGG will lead based on the following agenda:

The Undersecretariat for Human Rights in Tijuana, on Tuesday, February 1, from 11:00 a.m. to 12:00 p.m. in the Third Stage of the Tijuana River, Calle Perimetral (Canada) number 7125

The Undersecretariat in Ensenada, on Thursday, February 3, between 11:00 and 12:00 on the Ensenada-La Paz Transpeninsular Highway number 6500, former Chapultepec ejido.

In cases of sending electronically, a reception will be 24 hours a day on February 1, 2, and 3 of the current year, and reception in the undersecretaries will be enabled from 10:00 a.m. to 5:00 p.m., explained the official state.

“We thank you in advance for your attention to this invitation, since his proposals will surely contribute to the central objective mentioned above and where there is the full concurrence of the three levels of government,” Zavala Márquez said during the issuance of the call.

Finally, the secretary reaffirmed the Governor’s commitment to listening with full attention and responsibility to the entity’s journalists and human rights defenders, since they are fully aware of the value of their contribution to Baja Californian society.