Journalism, Politicos, and the Citizens Agenda of Imperial Valley 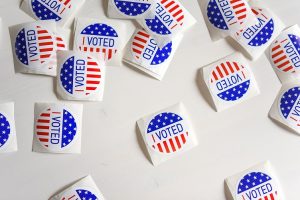 As campaign season nears its most critical stage, candidates are either knocking on doors or doing savvy social media promotion to get their names out ahead of the November election. But aside from the rhetoric and the flashy slogans, have the candidates addressed the issues people want to hear?

El Centro resident Junel Reynaga works full-time and barely has time to read the news. She feels there is not enough information about the candidates or an effort by them to reach out.

“All I see are posters on the streets with their names but that doesn’t tell me who they are or if they are qualified for the job,” Reynaga said. “For me, all those signs are just trash.”

Holtville resident Hector Morales shares those same feelings but would like to know more about the school board candidates since he wants to know who will make the decisions that will affect his children.

“We see a lot of city council candidate forums but there should be more for the school board and allow us, the parents, to see who wants to be there. Are they going to support the teachers? Why are they running? Someone should organize more debates for schools and not just the city council because we are trusting them with the responsibility to take care of our children,” Morales said.

Imperial Valley politics is very complex when it comes to campaigning. Each city has its own political culture and follows its own set of rules. One city can have candidates doing minimal campaigning by only putting up their signs and others can have full-blown campaigns with a good marketing plan.  In an election that has many key elections on the line, more communication is needed between the candidate and the voter. The media is the conduit to make that happen.

The citizen’s agenda concept is a way for news organizations to ensure that voters get the information they need from the politicians competing for their votes, to make the best decisions they can. The approach can be used for any type of election: school board, local government, state government, national, or otherwise.

Local media in the Imperial Valley has a responsibility to be the bridge between the candidates and the citizens.

Sue Giller and Bill Gay have extensive experience in journalism dating back to their time at Imperial Valley Press.  They both work at Reliance Public Relations in El Centro, California and both agreed that there needs to be two-way communication when talking about the issues but there needs to be respected when listening to different opinions.

“Two-way communication is the strongest way people can communicate. There have been changes in journalism but word of mouth has always been the strongest form of communication of advertising,” Gay said. “When someone runs for office I feel that one of the things they are obligated to do is as best as they can develop that one on one rapport with the people they want to have as their constituents. That’s the way they learn the area, knocking on doors. Nothing beats sitting at a table and talking over issues.”

Giller was a journalist before coming to the valley and spent a lot of time talking and listening to people.

“I learn even from people with whom I very strongly disagree, most people have an interesting perspective whether you agree with them or not, you have to listen to them and understand where they are coming from,” she said. “Voter turnout is very low here and that has to do with people not trusting their government. They would say that about the media too but I think there is such a disconnect between the government as it’s perceived. Many feel that their vote will not make a difference.”

Gay suggested that one of the things the media can do to help the public understand is to continue to be 4th Estate and observer for constituents.

“Newspapers have gotten out of the policy of running editorials. I feel the press can help their credibility by recovering that objective observer capability and running endorsement editorials. They don’t anymore, at least here locally. But looking at it as someone who spent a lifetime in print media one of the things print media has lost has been that credibility of being a neutral observer in politics,” Gay said. “We sometimes focus on the person rather than the issue. There is a polarized society we are in right now that is horrible and we need elected leaders to break down this polarization and that means leading by example.”

Giller said that when writing an editorial, journalists have to serve the function of being neutral observers.

“It’s not about this candidate stinks or this guy looks better but to be able to be very discerning about what the candidate brings.  It’s hard to do those editorials. Some of the candidates we didn’t endorse had some very good ideas the issue may have been that the individual who had good ideas but didn’t get the endorsement was someone who made it quite clear that they would not be able to work together with other elected officials to accomplish those things. In government, you can’t be an island.”

The voters will be deciding the future of their cities and county but there needs to be better engagement in the 2024 election.