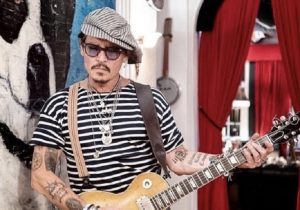 A disastrous relationship between two actors that took their marital drama to the court and public opinion ended in spectacular fashion.

After hearing weeks of testimony — including hours from both Johnny Depp and Amber Heard themselves — the jury’s stunning decision found both defamation suits credible and awarded both actors millions of dollars in damages. Heard is to pay Depp $15 million, and Depp is to pay Heard $2 million.

Depp and Heard are both actors who were married from 2015 to 2017. In December 2018, Heard published an op-ed in The Washington Post, accusing her ex-husband of intimate partner violence. In the piece, Heard had described becoming “a public figure representing domestic abuse” and “seeing, in real-time, how institutions protect men accused of abuse.” Depp denied the allegations and blamed the publication for damaging his reputation and career, causing him to sustain extensive financial losses.

“From the very beginning, the goal of bringing this case was to reveal the truth, regardless of the outcome. Speaking the truth was something that I owed to my children and to all those who remained steadfast in their support of me. I finally feel at peace knowing we achieve that,” Depp said in a statement.

Heard stated her disappointment in the outcome since it will mark a bad precedent for women.

“I’m even more disappointed with what this verdict means for other women. It is a setback. It sets back the clock to a time when a woman who spoke up and spoke out could be publicly shamed and humiliated. It sets back the idea that violence against women is to be taken seriously,” Heard said.

They began their relationship in around 2012 and married in Los Angeles in February 2015. Heard filed for divorce from Depp on 23 May 2016, and obtained a temporary restraining order (TRO) against him, stating in her court declaration that he had been “verbally and physically abusive” throughout their relationship, usually while under the influence of alcohol and/or drugs. In response, Depp alleged that she was “attempting to secure a premature financial resolution by alleging abuse.” Heard testified about the abuse under oath at a divorce court deposition.