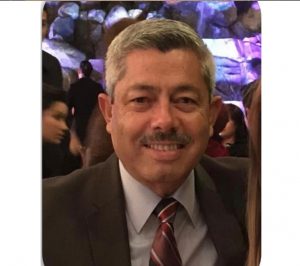 Joaquin Jimenez Arriaga considers himself a passionate person in everything he does. He has served on various committees at INDEX and his hard work and dedication got him elected President of INDEX during a special ordinary session held Nov. 10.

Jimenez Arriaga spoke to the Beyond Borders Gazette about his goals should he become president of INDEX and as a beneficiary to the local industry. He seeks to have his doors open to all and to have an open dialogue with the members.

“The challenge is a more successful INDEX MEXICALI, as a leading business organization in productivity in Baja California. There is an invaluable effort of the Association of Maquiladoras of Mexicali for its membership, in the results in which the National Council index by its nature manages, represents and solves in Mexico City, for the centralization of IMMEX affairs of the Federal Government, Jiménez Arriaga said.

One of its objectives is to lead Mexicali index “towards a highly Exportable Industrial Policy,” so that the region has the opportunity to strengthen the validity of the IMMEX economic development program because only that nature of an industrial model guarantees global standards to supply more markets with our products in other regions and countries. To promote actions towards a highly exportable industry that guarantees the consumption of what is ours and manufactured in Mexicali, Baja California.

“Mexico is the first commercial partner of the United States and if Biden wants his economy to be strengthened he has to work with Mexico,” he said.

Joaquín Jiménez Arriaga is one of the pioneers who since 1972 have built the productive face of Mexicali, Baja California, graduating from the Autonomous University of Baja California, where he studied Electronics Engineering. Thirty-Three years of total experience in “Skyworks Solutions de México” (known by Autonética, Rockwell and Conexant) found Joaquín Jiménez to be “Engineering Leader,” to later lead the “Human Resources” area, as well as later that of  “Innovations and Government Relations.” He currently works as Innovation and Development Manager at “IVEMSA” Industrial Vallera de Mexicali S.A.  de C.V.

Always convinced that the improvement of professional skills is also exercised within business organizations by sharing, learning and structuring productive actions, Joaquín Jiménez participated in the board of directors of the Association of Executives in Industrial Relations of Baja California, “ERIBAC” (2009  -2014), as well as as a member of the “Advisory Council of the School of Engineering,” since 2005, where he is currently an active member of the Mexicali Liaison Committee and chairs the “Pro-Scholarship Committee.”