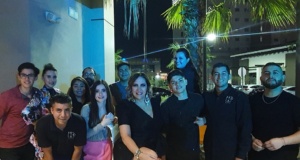 Seis Cinco Bistro Café has positioned itself as an attractive shared space, a meeting point for people of different profiles or lifestyles, who in addition to enjoying a high-quality beverage, spend a pleasant time in their lunch hour or after finishing their workday, an ideal place to talk with a friend, talk about business or just chill for a while.

Jazmín Roa, tells us about what she has achieved and learned by celebrating the first anniversary of this 100% Mexican coffee franchise, founded in Mexicali, Baja California. Which seeks to place itself at the forefront of her guests’ taste, as well as highlighting the value of coffee culture, and what has been done in Mexico.

“I feel satisfied to be able to meet this first year. Honestly, it has been a pleasant year, but very difficult at the same time, more than I thought. After six years of working with a coffee franchise, it’s not easy to launch your own brand.”

She points out that for those who start in this business, there are very complex challenges, such as relationships with suppliers, finding for the best coffee beans, forming a good team, both administratively and in the personnel in charge of the coffee bar. 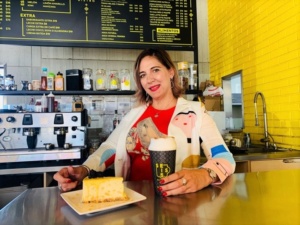 “The experience in the previous franchise allowed me to handle a standard of quality and adequate processes. By mastering the subject of inventories, personnel, menus, furniture, among other things, it was very supportive to position the brand in a short time. Maybe the marketing part was the weakness in the first months, but fortunately, I found the right people to be able to raise the image of Seis 5 in the last months of the year.”

The“Flavor of Mexico” slogan that Café Seis Cinco offers, is a line of lunches, ideal to accompany the great variety of styles of coffee and tea, among other drinks. Roa states that this is born from the idea of ​​highlighting the value and pride of what Mexicans do with their talent, merged with the concept of European Café-Bistro, in a bid to break schemes.

“I am an admirer of what was done in Mexico, for me coffee is a treasure. The concept of the Café that we have is a bit far, from European Café. A bistro is a place where the main product is coffee, made of the highest quality, and where food is also offered with little preparation time, at an affordable cost. This is how we decided to create this concept for the community.”

Regarding her facet as an enterprising woman, Jazmín Roa says she feels proud of herself, but also of observing how society is changing, and more women begin to take important roles both in the economy and in politics; so she invites women in the community to believe in themselves, in what they can do and the dreams they want to achieve.

“I have been asked about how difficult it is to be a female entrepreneur. I tell you that it is as difficult as it is for men. So there are no excuses, I invite you to fight for your dreams. Women are occupying places in society that were previously unimaginable, which makes me happy to see, and it fills me with pride”.