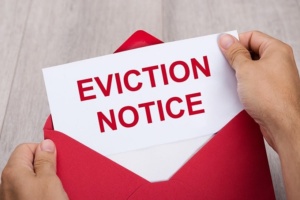 When it comes to COVID-19, Calexico has been the hardest hit city, within the hardest-hit county in the State of California. Calexico accounts for 30 percent of the county’s recorded infections and 39 percent of deaths, with only 21 percent of the county population. With high rates of unemployment and low wage work, the city is particularly vulnerable to the economic impacts of COVID-19. Yet while over 150 local governments in the State of California have passed eviction moratoriums to protect renters and small businesses against displacement, no city council in Imperial County has voted on these protections.

The Imperial Valley Equity & Justice Coalition has sent the City of Calexico a proposed Eviction Moratorium to Protect Renters and Small Businesses Ordinance, which would bring Calexico in line with the protections offered by a growing number of local governments across the country. The ordinance is modeled after the moratorium passed by Imperial County for underlying areas and the Los Angeles city council.

“We’re waiting to see who’s going to be the one on the city council to take up the mantle in order to provide the citizens of Calexico some peace of mind during these turbulent times of uncertainty as income for rental payments begins to dry up,” says Daniela Flores from Calexico, and a member of IV-EJC.

Calexico renters and small businesses are at high risk of eviction from lost income during the COVID-19 pandemic. Bureau of Labor Statistics data shows that as of July 2, 2020, 1,023 “low-income jobs” had been lost in Calexico, a city vulnerable to employment shocks since it takes 78.56 hours of work per week, at the average wage, to afford a 2-bedroom home in Imperial County. The BLS’ estimate is an undercount of financial hardship that only counts eliminated jobs for low-income workers, omitting loss wages from informal work and non-reported incomes, self-employment, and losses from reduced hours or part-time closures. Nationally, 32 percent of renters missed their July rent, and 30 percent used a credit card to pay rent.

“Taking care of people’s homes and business rents is a necessary first step,” says Raul Urena of Calexico. “Other local governments have also passed moratoriums on water shut-offs and rent freezes so that rents cannot be raised during the pandemic and essentials like water cannot be denied. If fighting COVID requires freezing wages for working families, our response must also include freezing their payments–both sides of the economy need to be put on hold for this to work.”

Consistent with Governor Newsom’s executive order, local eviction moratoriums do not relieve any tenant from any obligation to pay rent. Rather, they extend forbearance (temporary postponement of payment) that has been granted to homeowners by federal law, to renters and small businesses, who have suffered income loss from COVID-19 or government actions to contain the pandemic. Eviction moratoriums aim not only to halt the rise of homelessness and small business closure but to incentivize cooperation between landlords and tenants to negotiate rent modifications and repayment allowances for residential and commercial landlords.

On March 30, 2020, the Imperial County Board of Supervisors Board passed an eviction moratorium covering unincorporated areas and following Governor Newsom’s action, recently extended ‪until September 30, 2020. In urging the Board to expand this moratorium, County Council explained that “COVID-19 pandemic-relief evictions continue to present an immediate threat to the public peace, health, and safety, of the County of Imperial… in that they will cause the displacement of residents and contribute to an increase in the homeless population in the County of Imperial.” These County protections, however, only cover unincorporated areas with only 20 percent of the county population.

More than 148 California local governments have enacted emergency eviction moratoriums as of May 14, including Imperial County, Palm Springs, Anaheim, Chula Vista, Rancho Cucamonga, San Diego (city and county), San Joaquin (county), Los Angeles (county and city), Inglewood, Fresno (county and city), San Bernardino (city), Sacramento, Sonoma (county), Alameda (county and city), Marin (county), among 129 other local governments in the state. Given that Calexico is the hardest-hit city, in the hardest-hit county, it should be an easy decision to extend these protections, which cost the city nothing, to renters and small businesses in Calexico.