It’s been 30 years since the Berlin Wall fall 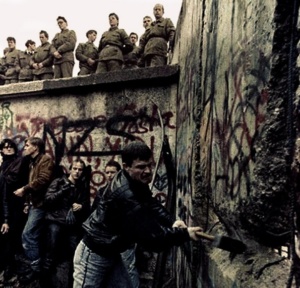 On Saturday, November 9, the 30th anniversary of the Berlin Wall Fall was commemorated, one of the most emblematic events in the history of mankind, which marked the life of three generations during the twentieth century, when the wall was installed in 1963, as an instrument of political and diplomatic control, under the context of the Cold War, where the capitalist bloc led by the United States, and the socialist bloc led by the USSR, intervened in Germany and divided it into two parts.

On November 9, 1989, after almost three decades of stories of separated families and people who were killed in their attempt to cross the wall, in addition to the political tension that was lived day by day, before the threat of an invasion by the USSR, which would unleash a third world war. Thousands of Germans gathered in Berlin to tear down the wall with their own hands, before the weak Russian military presence, and before the eyes of the world, before a fact that marked the direction of Germany and the bipolar world, back then.

The fall of the “Wall of Shame,” as the German citizens called it, represented the beginning of the reunification of Germany, as well as many families, who after the ravages of World War II, could barely live in peace for 15 years, when the creation of the Democratic Republic of Germany was determined, sponsored by Russia and its allies, dividing it from the Federal Republic of Germany, which was under the control of the United States, France, and Great Britain.

This symbolic act represented a blow to the diplomacy of the communist bloc and its pretentions around the world, since two more years had to pass for the Union of Soviet Socialist Republics (USSR) to disappear completely, and give way to a list of more than 15 independent countries, which ceased to be aligned with the decisions taken from Moscow.

Today, there are still some vestiges of the wall in the center of Berlin, in its concrete graffiti and lines with protest messages can be seen, referring to the way of life of that time, as well as some recent political situations of the current German Federation. Some fragments of the wall were kept in German homes, as a significant piece of their own history. These have been auctioned for thousands of dollars.