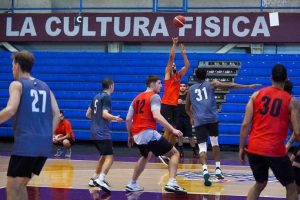 “For us, it is a game of life and death, we are in sudden death, it is winning or winning,” said coach Iván Déniz O’Donell about the moment that Soles de Mexicali lives in the final series of the West Zone against the Astros de Jalisco.

After the first two games at the Astros Arena in Zapopan, Jalisco, the Mexican team is down 0-2 and no longer has a margin of defeat in their quest to reach the final of the 2021 season of the Sisnova LNBP League.

Last Saturday, the first duel in Jalisco lands, the Astros won 86-85, and the next day the locals triumphed 100-87, so Sergio Valdeolmillos’s pupils got one victory away from advancing to the final.

Déniz O’Donell commented that the two matches played at the Astros Arena were leveled where the team that best executed and the one that best handled the details won.

“We have to be a much more effective team when it comes to scoring easy baskets and we have to think about the idea of ​​what the first game was, not the second, the first could be decided for both sides, we had to win and we lost it”, explained the Iberian coach.

For Iván Déniz and his work team, it is vital to have conclusions to rescue the positive aspects to exploit them on his return to the PSF Auditorium in the capital of Baja California.

“Many will give us up for dead, but we will play at home, it will be a special game for everyone to feel the support of the people of Mexicali again,” he stressed.

True to his style, which has allowed him to be the champion coach of the LNBP three times, Iván Déniz thinks about the day today, “we know that we have the rope almost around our neck, so we have to play and we have to think that we can tie it, but we go game by game”.

Soles and Astros will meet this Wednesday, November 10, in the third of the series on the PSF Auditorium court starting at 7:45 p.m., Baja California time.