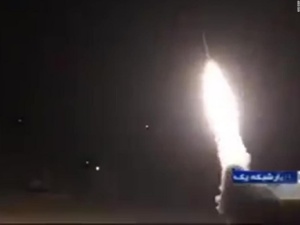 More than a dozen missiles targeted the Al Asad and Erbil military bases. The Al Asad airbase houses about 1,500 U.S. and coalition forces. The base was already on high-alert and recently paused their operation against ISIS fearing a revenge attack by Iran.

At approximately 5:30 p.m. (EST) on January 7, Iran launched more than a dozen ballistic missiles against U.S. military and coalition forces in Iraq.

“In recent days and in response to Iranian threats and actions, the Department of Defense has taken all appropriate measures to safeguard our personnel and partners. These bases have been on high alert due to indications that the Iranian regime planned to attack our forces and interests in the region,” the Department of Defense said in a statement.

The DOJ said they will evaluate the situation by taking all the necessary measures to protect and defend U.S. personnel, partners, and allies in the region.

“All is well! Missiles launched from Iran at two military bases located in Iraq. Assessment of casualties & damages taking place now. So far, so good! We have the most powerful and well-equipped military anywhere in the world, by far! I will be making a statement tomorrow morning.”

President Donald Trump said the United States has targeted 52 Iranian sites that it would strike if Iran attacks Americans or U.S. assets.