Internet Use Surges to New Levels Thanks to COVID-19 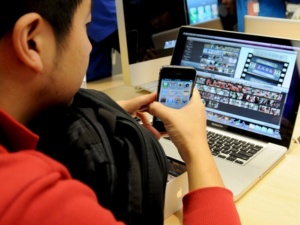 The world is paralyzed during the COVID-19 so the only other option to do is to surf the internet.

The German internet exchange operator De-Cix said made the announcement this week that they have reached a new peak of over 9.1 Tbps at its site in Frankfurt. The use of the internet is increasing due to COVID-19 which has caused the internet traffic to go up to level never seen.

De-Cix previously said it expected to reach a new peak of 9 Tbps by the end of 2020, based on the development of traffic in recent years and on expected seasonal trends. In February, it recorded a new all-time traffic peak of 8.3 Tbps.

Despite having thousands of cases of Covid-19, Germany’s death toll is low when compared to the rest of the world. Germany has handled the situation with their health protocols and procedures that have helped the country overcome this virus.

In Italy and Spain, for example, first-time installs of Netflix’s app were up 57% and 34%, respectively, according to Sensor Tower data.

In addition, live streaming across YouTube, Twitch, Facebook, and Mixer grew by more than 66% in Italy between the first week of February and this past week, according to StreamElements, and viewers were watching nearly double the number of channels.