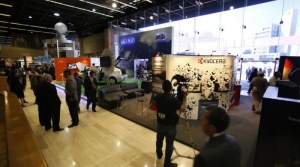 Tijuana, Baja California, November 11.- With the participation of the Symphony Orchestra of the Federal Police and the Symphonic Youth Orchestra of Tijuana, the series of activities offered by Tijuana Innovative 2016 Creative, from November 3 to 10, concluded.

The Tijuana Youth Symphony Orchestra conducted by maestro Pavel Getman made its presentation in the Sala Veracruz, while the Symphony of Breaths of the Federal Police headed by the official Héctor Islas appeared on the esplanade, both playing about an hour.

The vice president of Tijuana Innovadora, Alejandra Santos commented that this event was a great effort in which talents from different spheres could be gathered, with themes such as the Creative Industries, Fashion and Sustainability, as well as closure.

The first day was started with great success with the presence of the founder of the program “The Pulse of the Republic”, Chumel Torres, who offered a master lecture, as well as the writer Jorge Castañeda and the Oscar-nominated actress for the movie Babel, Adriana Barraza.

He said that during the weekend Tijuana Innovadora addressed the theme of fashion with the presence of specialist in the subject, Ana Fusoni, Editorial Director of Cosmopolitan magazine, Paulina Canales, as well as the photographer Esteban Calderón, among others.

Victoria Samaha, image consultant, was presented at the inauguration of the Great Gateway InnovaModa 2016, in which designers such as Diego Zúñiga, Héctor Silva, Geovan Báez, Eduardo Lucero, Glafira Durán, Heriberto Celaya, Ivannia Vázquez and Jesús Cuevas , presented their creations to hundreds of people.

Later, Tijuana Innovadora showed the city the intellectual capacity and imagination of new generations through the theme of Creative Industries, with a “Cosplay Passage”, a rally about making short films in 48 hours.

There was also a panel of “youtubers”, a “Start-up Weekend” for entrepreneurs, exhibition of videogames, among other activities related to industrial creativity.

In addition, on the day of closure on Thursday, November 10, a message was sent to take care of the environment with realization of a “Transborder Environmental Fair”, in which students from different schools presented ecological projects.