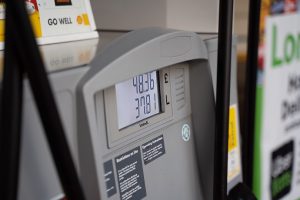 Inflation is likely to be more persistent and widespread than the Federal Reserve predicted in 2021.

Price increases in the United States moderated last month, indicating that inflation may have peaked in North America during 2021.

“Inflation is spreading to more parts of the economy in the United States and Mexico in 2021,” said Dr. Alejandro Díaz-Bautista, international economist and research professor at Colef. But it’s important to pay attention to another economic trend, the spread of higher prices in more sectors of the economy throughout North America.

Consumer price inflation remained high in July 2021, according to the U.S. Bureau of Labor Statistics.

Prices were up 5.4% from a year earlier, unchanged from June when the index hit a 13-year high. However, on a monthly basis, prices rose 0.5% in July, a major slowdown from the 0.9% growth in June and the weakest pace since February.

Some of the main spike price drivers, such as used car prices, declined last month, while the cost of other goods, including health care, housing, and groceries at grocery stores and restaurants, jumped the most. prices.

The US economy is driven by economic stimulus, so we can say that it is booming. Demand is outpacing the economy’s supply capacity, given the impacts that the pandemic has caused, as evidenced by production bottlenecks and labor shortages in the United States.

Costs are rising throughout the economy, and the strength of demand means companies have a sense of greater pricing power.

President Biden has made it clear that he wants Americans to have access to affordable and reliable energy, including for the pump.

Air travel has rebounded in the United States and Europe following the launch of Covid-19 vaccines, but risks remain high for hit airlines desperately trying to recover from the global pandemic of 2020 and 2021.