Inflation climbs to a new record of 9.1% in the United States and puts pressure on the Fed to increase interest rates. The Fed raises interest rates again by 0.75% in July, in a historic move to fight the 2022 inflation.

Inflation is rising around the world, with food and energy prices reaching record highs. Mexico and the United States are among the most economically impacted countries. The rise in inflation has been largely driven by consumer demand following the Covid-19 pandemic and the Russian invasion of Ukraine in 2022.

Inflation is rising and the prospect of a cost-of-living crisis looms for millions of people around the world in 2022 and 2023. Inflation in the United States is at its strongest rise in four decades and was driven by rising prices of gasoline, food and rent, leaving more pressure on the Federal Reserve to raise interest rates in 2022.

The consumer price index in the United States soared by 9.1% in the past year, the largest annual increase since 1981. Half of the increase was due to rising energy costs in the United States. The Federal Reserve is making the fastest interest rate hikes in three decades, hoping to curb rising prices, borrowing and spending by consumers and businesses.

The Fed’s hike actions raise the rate banks to charge each other for overnight loans to a range of 2.25% to 2.50%. While inflation in Mexico breaks the 8% barrier in the first half of July 2022.

The National Consumer Price Index accelerates and registers an annual variation of 8.16% pushed by the rise in potatoes, onions, eggs, and oranges. Inflation in Mexico continues to rise, in the first 15 days of July it registered a new record, going from 7.99% in June to 8.16%. 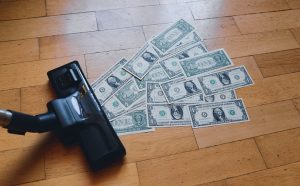 Inflation in Mexico continues to rise; in the first fortnight of the month of July 2022, it was 8.16 percent per year, while, in the same period, in 2021 it was registered at 5.75 percent. According to the National Consumer Price Index (INPC) in the first 15 days of July, fortnightly inflation increased to 0.43, while last year it was 0.37.

Statistics from the National Institute of Statistics and Geography (Inegi) indicated that, at the end of June 2022, annual inflation in Mexico was recorded at 7.99 percent; the highest figure in 21 years, while monthly inflation was 0.84%. And the increase in the prices of gasoline, food and rent increased June inflation in the United States to its highest level in four decades, increasing the pressure on households. This may prompt the Federal Reserve to raise interest rates again, which in turn would make lending more expensive in North America.

The current increase in prices has a brutal impact that inflation has inflicted on many families. Minorities like low-income Hispanics have been especially hard hit because a disproportionate share of their income goes toward essential expenses like housing, transportation, and food.

High inflation is also having an economic impact on other countries. In Britain, it was 9.1% in May, the highest level in four decades, driven mainly by higher petrol and food prices.

Annual inflation in the 19 eurozone countries was 8.6% in June and 8.1% in May. Inflation is now at its highest level since euro recording began in 1997.

The next Bank of Mexico’s monetary policy meeting is scheduled for next August 11 and considering the figures revealed by the Inegi, a forceful response is expected from the Governing Board with a new rise in the interest rate, with its highest level in 14 years, a measure with which the central bank intends to reduce the runaway inflation that persists in Mexico.

Finally, the forecasts are that Mexico would fall into an economic recession in 2023 and will face prolonged inflation. The Mexican economy would come out of the economic recession in the first quarter of 2024 and inflation would return to Banxico’s target until mid-2025. Dr. Alejandro Diaz-Bautista, International Economist and Research Professor at the Northern Border College.