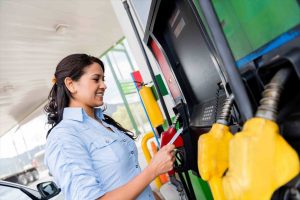 Rising U.S. consumer prices moderated again last month, bolstering hopes that inflation’s grip on the economy will continue to ease this year and possibly require less drastic action by the Federal Reserve to control it. Inflation declined to 6.5% in December compared with a year earlier, the government said Thursday.

The year-on-year inflation measured by the Consumer Price Index (CPI) fell to 10.3% in November 2022, back to the level recorded in August, from 10.7% in October.

Declines in inflation between October and November were recorded in 25 of 38 countries. Nevertheless, inflation increased by at least 0.5 percentage points in Chile, the Czech Republic, Finland, Hungary, the Slovak Republic, and Sweden. The highest year-on-year inflation rates were recorded in Estonia, Hungary, Latvia, Lithuania, and Türkiye (all above 20%).

“So, the data is clear: Even though inflation is high in major economies around the world, it is coming down in America month after month, giving families some real breathing room.  And the big reason is falling gas prices,” President Joe Biden said.

“My administration took action to get more oil onto the market and bring down prices.  Now, gas is down more than $1.70 from its peak.  And that adds up to a family with — a typical family with two vehicles to a savings of $180 a month, every single month, that stays in their pockets instead of being spent at the pump,” Biden added. “Food inflation is slowing as well.  Last month, we saw the smallest increase in food prices in almost two years.  And much of that increase was due to the avian flu outbreak, which has driven up the egg prices around — in the United States.”

Biden said that his first two years in office were the strongest years for job growth on record.

“We created nearly 11 million jobs, including 750,000 manufacturing jobs.  And they were the two of the strongest years ever for small-business creation as well,” he said.

Energy inflation continued to fall in the OECD to 23.9% in November, after 28.1% in October, reaching its lowest rate since September 2021.

Nevertheless, it remained above 10% in 34 of 38 countries and above 30% in 14 of them. Energy inflation decreased in most OECD countries, increasing only in the Czech Republic, Finland, Slovenia, and Sweden. Food inflation was stable at 16.1%, while inflation less food and energy declined marginally to 7.5% in November.