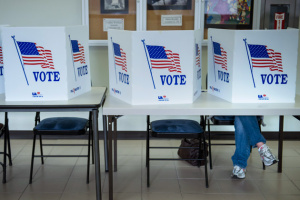 In these times of elections in the United States the concern to understand better the process to select the president of the nation arises, due to the difference of this process compared to Presidential elections in Mexico. Both countries have a federal government that is led by a President, however the process that each country has to elect the head of government is different. The President of the United States is elected indirectly by the people through an Electoral College, unlike the President of Mexico who is directly elected by the vote of the people.

According to article 40 of the Constitution, Mexico is a representative, democratic, secular and federal republic. In Mexico, the elections are organized by the National Electoral Institute, an autonomous body, administered by a city council that acts with certainty, legality, independence, impartiality, maximum publicity, and objectivity. Mexico’s presidential elections are held every six years by popular vote across the country.

Moreover, United States of America is a Federal Constitutional Republic. The United States presidential election is held on a single day throughout the country every four years with the possibility of one re-election. In the US election voters do not directly elect the candidate, the winner of the election is determined by electors of the Electoral College votes. In the presidential election the President and Vice-president are elected.

The Electoral College is composed of 538 electors of the different states of the Republic. The number of electors per state equals the number in Senators and Representatives in the United States Congress by state. It is understood that electors are technically free to vote for any candidate for President, but in practice are committed to vote for specific candidates. Each elector has one vote for President and one vote for Vice-president, and is committed to vote according to popular vote in their state. In all states except Maine and Nebraska, the candidate who receives the most votes wins all the votes of state electors.

Studying this system of elections means that in practice the US presidential campaigns are focused on winning the popular vote of the States opting for a majority of electors beyond focusing on winning the most votes nationwide. Today, in order to be the winner of the election you must reach at least 270 votes from the Electoral College, and certainly this type of system is possible for a candidate to win the electoral vote and lose the popular vote nationwide.

This electoral process that centers the presidential election on the Electoral College tends to be fairly criticized, as some see this process as undemocratic and unequal, since the presidential election occurs in an indirect way and the President is not elected directly by the people. Criticism of inequality arises from the distribution number of electors per state, since some states have fewer electors than others so their votes are not as crucial as those states with greater competitiveness or vice versa, there are very small states which tend to be overrepresented in the Electoral College.

Due to the above criticism, there are those who claim that the Electoral College should be abolished or at least redistributed between the number of electors to a more even number, however, the possibility to make any of the above options come true is almost zero. As a voter, what do you think of this election process? Do you prefer the indirect or direct vote?