In social science and politics, power is the social production of an effect that determines the capacities, actions, beliefs, or conduct of actors. Power does not exclusively refer to the threat or use of force by one actor against another, but may also be exerted through diffuse means (such as institutions). Power may also take structural forms, as it orders actors in relation to one another (such as distinguishing between a master and a slave), and discursive forms, as categories and language may lend legitimacy to some behaviors and groups over others.

In the power game: People want power over others, even if they’s nothing to gain. If you don’t believe this is true, look at any corporation or political organization, and it’s easy to see that some people enjoy the power and the many benefits that come with it — money, security, influence, and social status, to name a few. But if you removed all of those side benefits, would people still crave power over others? Are people pursuing power willing to truly serve without any benefit and because they want to create real change? 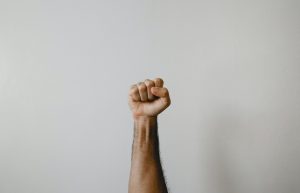 It’s hard to know sometimes if a person is truly willing to make sacrifices to bring real change and stability to people. Political power is important, and the best way to know who to vote for is by getting informed about the candidates, their experience, background, references, family situation, political affiliations, and personal history. We should not neglect the fact that in the end all of this matters, so we need to have as much information as we can regarding every single candidate before we vote. Our vote is important, our vote counts, and makes a difference.

Remember the saying that power corrupts — and if someone is allowed to have unchecked power, and affect others any way they like, some people end up making pretty nasty decisions that end up affecting others. We need to keep our eyes open and also, try our best to give our vote to those who truly deserve it. Choose wisely!