In El Centro, 42.6% of Business Owners Are Women 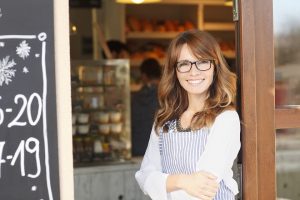 Female workers face a number of challenges, including inequities in pay and underrepresentation in certain industries and occupations. And while the share of female business owners is on the rise, women still own far fewer businesses than men. While women account for 48 percent of all workers nationally, they make up just 38.4 percent of business owners according to data from the Census Bureau. Among owners of incorporated businesses, women are even more scarce, accounting for just one-third of incorporated business owners.

The share of female business ownership has increased by several percentage points over the last decade, going from 35.2 percent in 2010 to 38.4 percent in 2019. Women start businesses for many of the same reasons as men—namely, to be their own boss, to follow a passion, or to pursue a new opportunity. But women are much more likely than men to cite increased flexibility and the ability to control their schedules as important motivators in starting their own businesses.