IN BAJA CALIFORNIA THERE IS NO MIGRANT CRISIS: JAIME BONILLA VALDEZ 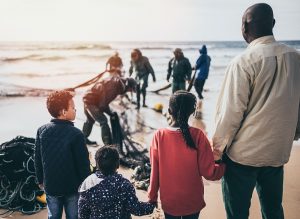 The state governor, Jaime Bonilla Valdez, categorically refuted that there is a crisis in Tijuana due to the migratory flow, national or foreign, and reaffirmed that “Baja California is considered a sanctuary for migrants and a land of opportunities for those seeking a better future.”

This was expressed during his message at the closing session of the 32 supervision and evaluation meetings of the representative offices of the INM in the States, which was held in the city of Tijuana and was attended by the Secretary of the Interior, Olga Sánchez Cordero.

“For me, it is a pleasure to have the Secretary of the Interior, who has supported us so much, not only to Baja California but to the country,” the Governor said, offering a warm welcome, also extended to the Commissioner of the National Institute of Migration, Francisco Garduño Yáñez.

He immediately mentioned: “Baja California has been built on migration, I am the product of a migrant marriage, who wanted to have a better quality of life and opportunities for their children.”

He reiterated that this federal entity receives migrants. “We take care of them and we love them” and that he opposes their being called “migrant caravans” better to consider them as “exoduses of people who want a better quality of life.”

He also expressed: “Many encounter  resistance and a wall, they despair and end up risking their lives for a desert (trying to cross) … We see cases of children who do not manage to cross and are left behind, adrift, that problem has plagued us for years.”

He recognized that migrants also contribute to the states and that in Baja California they value and respect them.  “Everyone wants to go through Tijuana and here those who work do well … It is a city that grows at the rate of a kilometer and a half daily.”

Governor Bonilla Valdez shared with the Secretary of the Interior, that recently President Andrés Manuel López Obrador was in Baja California, “in the state farthest from the center, but that he is very identified and where he has helped a lot, on issues such as security, migration, and teaching.”

For her part, the head of the Interior thanked the “host” of Governor Jaime Bonilla Valdez, to whom she expressed: “Your administration, although unfortunately short, has been intense, very productive, dedicated and humanistic for Baja Californians.”

In this sense, she referred to the great transformation of the country that President López Obrador has sought. “He comes from the territory, he is all-terrain, he knows the country like few people, he knows the needs of the people, which are different in each state. In my opinion, he will go as one of the best Presidents of our country.

Sánchez Cordero said she felt honored to participate in the INM meeting, led by Commissioner Francisco Garduño and his work team. “The INM is key to maintaining a safe, orderly and regulated migration, especially with a humanistic vision, in full adherence to human rights.”

“The 32 work meetings sound easy, but it has been an exhaustive work in all the venues, quality standards have been verified, but of warmth from everyone. From the Interior and the National Institute of Migration, we endorse our actions attached to the human rights of vulnerable groups,” she stressed.

On the other hand, the commissioner of the INM added that 612 facilities of the institute have traveled, visiting islands, deserts, and jungles, in all places where there is the entry of migrants.

“The mechanism has been to invite the employees of the INM, this has been the protocol (of this meeting) to listen to the department heads, to know the strengths and needs and that the decisions we make are not far from reality,” he added.