Imperial Valley Elections is a Show to Watch 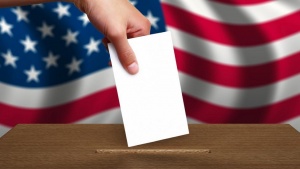 Election time is here again in the Imperial Valley as candidates are hitting the streets to meet the voters and convince them to vote for them in the upcoming June primary.

But beyond putting signs and advertising in the local media helps win the election, it is up to the candidates to strategize and have a strong platform to be ready to execute when they take office. Here in the Imperial Valley there are some interesting races that are capturing the attention of voters.

The elections are very intriguing and interesting to follow if you look at the candidates and their background. Pondering how election results could bring a change of direction to Imperial Valley politics for the next ten years is something worth debating.

The congressional race for District 51 is stacked with five candidates. Congressman Juan Vargas (D-San Diego) has been in office for six years. This year he is being challenged by Sergeant Major Juan Hidalgo who ran last time against Vargas during the primary and general election in 2016. Hidalgo is running once again since he was invited by his supporters to run once again to represent the Imperial Valley and San Diego.

Among his Republican challengers this primary includes San Diego Businessman  John Renison Jr. who is a native of Calexico but now resides in San Diego with his family. Also from Imperial Valley running for Congress is former Calexico Mayor and County Supervisor, Louis Fuentes. This is the first time in many years that two Imperial Valley natives are running for congress.

Locally, the two biggest races this summer are for District Attorney and Imperial Irrigation District. District Attorney Gilbert Otero has been in that office for many years and is challenged by El Centro Councilman, Edgard Garcia.

The other key race will be between Imperial Irrigation District Director Juanita Salas who is seeking a full term as a Director and is running against former El Centro Mayor Alex Cardenas.

On Division 3, incumbent James Hanks is running against Raul Navarro.

These races will end in June and there will be no run-off since there are only two candidates running. The race that will have a run-off will be Division 5 where Director Galindo is running to retain her seat against Luis Castro, Jim Horne, Carlos Zaragoza and Ruben Cazares.

Todd Finnell is running unopposed this year for Imperial County Office of Education Superintendent. There was a candidate that wanted to challenge him but was disqualified to run by the Register of Voters and by a Judge since the challenger didn’t have an Administrative Services Credential required to run.