Imperial Valley Commerce Awaits for Border To Be Open Again 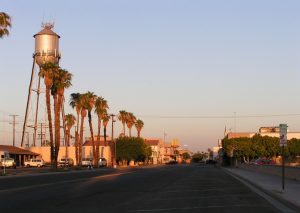 It has been a tough eight months for border communities along the U.S.-Mexico border as border restrictions have caused a loss in sales tax revenue to cities that depend on the Mexican shoppers that come and spend their money in the United States.

The United States and Mexico agreed to allow only essential travel to cross in order to slow the spread of COVID-19. Imperial Valley, is a county that is really dependent on residents from Mexicali, Baja California and it has felt the effects of this pandemic and border crossing limitation.

Traditionally, Calexico benefits a lot from the foot traffic that comes from Mexicali. Thousands of people come to shop downtown looking for food and another type of retail. Many Imperial Valley businesses have been impacted due to COVID-19 and have been forced to close. Stores like Baja Duty-Free in Calexico closed due to the pandemic.

Imperial Valley Mall was greatly affected since being a high-risk business it was closed to the public. Stores like Burgers and Beer, Game Stop, Metro PCS, Finish Line, and New York Company have closed during the pandemic.

Gran Plaza Outlets, while it was closed as well for the same period of time, have seen a positive comeback with people going to shop and support their stores since they opened again late August.

“One of the biggest sources of revenue for any city is sales tax. With that in mind, 1/8 of our city’s economy has been impacted by the tourist restrictions. One of the things that we anticipate is that if the restrictions are lifted we can make up, at least to some extent, on the last quarter of the calendar year which is the high season of sales tax in Calexico,” Calexico City Manager Miguel Figueroa said.

Imperial County is unique in that its tourism economy rests on the strong day- and seasonal visitors. Over the five-year 2013-2017 period, on average 20.8 million persons a year crossed by foot or car into the United States from the three US-Mexico Ports of Entry, with the bulk traveling through Calexico West P.O.E.

Mexico’s Foreign Minister Marcelo Ebrard stated during a press conference that the border restrictions will remain until the Mexican border states reach the green level and show signs that COVID infections are low. Ebrard was questioned about his subject during President Andres Manuel Lopez Obrador’s daily press conference. Baja California is at the orange level at the time of writing this article.

An analysis completed by the San Diego Association of Governments Data Science and Analytics team finds that as the COVID-19 pandemic shattered the San Diego regional labor market overall, the region’s Black and Hispanic communities were most impacted. Blacks and Hispanics account for a significant portion of essential workers who continued to go to work, and they account for a significant portion of those who became unemployed due to the pandemic.

The San Diego region is suffering from a devastating health and economic crisis due to the pandemic. During the past three months, mobility has been restricted (including our international land border crossings that normally registers over 150,000 people entering from Mexico), and businesses and schools have shut down. The ensuing economic crisis will have long-lasting effects as businesses struggle to regain customers and as many businesses and consumers experience significant financial uncertainty. As of June 7, 2020, over 8,600 San Diegans have been infected with COVID-19 and 430,000 have lost their jobs.

All communities have been severely impacted by the pandemic and subsequent economic crisis. It is the Black and Hispanic communities that have been disproportionally impacted by COVID-19. This is in sharp contrast to White and Asian communities where respectively only 14% and 24% live in the high unemployment and COVID-19 case areas.

For Imperial Valley, this situation is even worst since Imperial Valley residents count is near 175,000, while Mexicali is close to the million residents between Mexicali and its Valley, so economical dynamics in this region are different than any other place in the nation, and if restrictions are extended even longer, sadly many more business in Imperial County will inevitably go bankrupt.