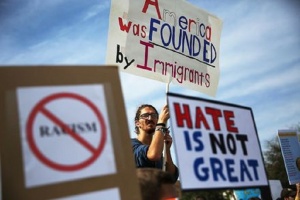 Joining other cities and counties in California against the Sanctuary State law, the city of Imperial passed a resolution opposing Senate Bill 54 at their latest council meeting.

The resolution passed by the council by a vote of 4-1 stated in the resolution that SB 54 conflicts with the plenary authority of federal government over immigration laws, restricting local law enforcement, and endangering public safety.

Imperial became the first city in Imperial Valley to oppose this law that went into effect in January. The Trump Administration through the Department of Justice sued California earlier this year arguing that having California as a sanctuary state would interfere with immigration enforcement. Among the cities and counties that joined the lawsuit are San Diego County, Orange County, Beaumont, Laguna Niguel, and Mission Viejo.

U.S. District Court Judge John A. Mendez ruled last month that California is allowed to limit police cooperation with immigration officials and require inspections of detention facilities. Judge Mendez ruling was a victory for legislators and supporters of the sanctuary state measure.

The resolution passed by the Imperial City Council was by a vote of 4-1 with Councilman Darrell Pechtl voting against it.

Councilman Pechtl stated, “At the end of the day, SB54 doesn’t protect violent felons.  It isn’t a “Catch and release” program for any undocumented resident.  It allows for detaining and transferring into ICE custody those who are most violent and most dangerous to society. What SB54 does, is what my faith has taught me is the right thing to do… it protects the innocent in our community… it tells them that it is safe to approach our school officials, our city officials, and our police, in order to seek help.  It keeps them from being victimized a second time by a system that is often too overwhelmed to seek another path. Therefore, as a Catholic, voting in good conscience, I cannot support this proposed resolution.”